Pfizer was heavily invested in immuno-oncology combinations five years ago, but following setbacks, the pipeline has shifted considerably, shaped partly by the acquisition of Array. 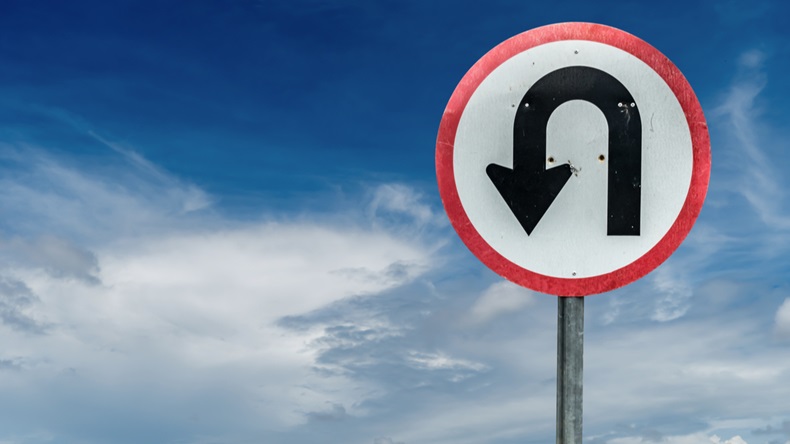 Source: Shutterstock Pfizer has made big changes to its oncology pipeline

Pfizer Inc.'s oncology pipeline has undergone a significant transition in the last five years, moving away from what were at one time high-profile immuno-oncology assets toward new targeted therapies. The failure of immuno-oncology combinations to deliver paradigm-changing successes has led many cancer drug developers to reprioritize next-generation targeted therapies.

Pfizer showcased its oncology pipeline during an R&D overview on 15 September, highlighting a late-stage portfolio that includes only two immunotherapy opportunities, one a new indication for the PD-L1 inhibitor Bavencio (avelumab) in first-line metastatic non-small cell lung cancer and the other the next-generation, subcutaneously administered PD-1 inhibitor sasanlimab.

Pfizer could have 14 potential oncology approvals by the end of 2025, the company said. Many of those, however, are new indications for existing medicines like Xtandi (enzalutamide), the PARP inhibitor Talzenna (talazoparib), the MEK inhibitor Mektovi (binimetinib) and the BRAF inhibitor Braftovi (encorafenib).

New launches across Pfizer's six key therapeutic areas are part of the company's goal to reach a compound annual growth rate of at least 6% and double-digit earnings per share growth from 2020-2025. (Also see "A Slimmed-Down Pfizer Sets A New R&D Goal: 25 Launches By 2025" - Scrip, 15 Sep, 2020.)

But after 2025 Pfizer faces another patent cliff, and the firm is looking to oncology as one of several core therapeutic areas. Oncology was its leading franchise in the first six months of 2020, bringing in just over $5bn, powered by Ibrance. Pfizer expects $6bn in incremental revenue contributions will come from oncology programs currently in late-stage development in 2027.

Five years ago, Pfizer viewed Bavencio as a future anchor of the oncology franchise and was scrambling to be the first into the clinic with a triple IO combination, made up of Bavencio, the 4-1BB agonist utomilumab and an anti-OX40 drug. (Also see "Pfizer Oncology Strategy: Keeping Pace In The Doublet/Triplet IO Race" - Pink Sheet, 9 May, 2016.) The company was late to the immuno-oncology race but hoped to gain ground by being aggressive with combinations. (Also see "Pfizer’s Dolsten Explains Why The Big Pharma Can Win The Immuno-Oncology Marathon" - Pink Sheet, 26 Jan, 2015.)

But across the industry – not just at Pfizer – IO/IO combinations have delivered disappointments more often than breakthroughs.

Pfizer gained Bavencio through a deal with Merck KGaA in 2014, paying $850m upfront to share development and commercialization, but while the drug was approved for Merkel cell carcinoma, advanced urothelial cancer and renal cancer in combination with Inlyta (axitinib), it hasn't gained significant commercial traction.
(Also see "Pfizer Seizes Long-Term Immuno-Oncology Opportunity With Merck Deal" - Pink Sheet, 17 Nov, 2014.) The company did not break out sales of Bavencio in the first half of 2020, a sign that sales are not a big contributor to the top line.

"We're focusing our science where we are best, where we are pioneers in areas such as ALK and BRAF, as well as CDK inhibition," oncology president Andy Schmeltz said during the company's R&D briefing. Pfizer was the first to develop an ALK inhibitor, Xalkori (crizotinib), approved for ALK-positive non-small cell lung cancer, and followed up with next-generation ALK inhibitor Lobrena (lorlatinib) in 2018.

"We're purposely building our leadership in key tumor areas by launching medicine in later lines of therapy or stages of disease and then quickly investigating these agents in earlier settings where typically more patients are treated for a longer period of time," he said.

Meanwhile, Pfizer hasn't given up on immuno-oncology altogether, but the IO drugs in development have changed considerably. The focus no longer appears to be on developing novel IO combinations with Bavencio, but new approaches, like a B-cell maturation antigen (BCMA)/CD3 bispecific antibody, which is in earlier development, or the new anti-PD-1 sasanlimab in combination with targeted therapies.

Building on its experience with Bavencio in urothelial cancer and with Xtandi in prostate cancer, the company is looking to establish a leadership position in genitourinary cancers, just as the company has established one in breast cancer with Ibrance that it hopes to leverage in the future. Pfizer gained Xtandi through its acquisition of Medivation in 2016, and in partnership with Astellas Pharma, Inc. has focused on growing the brand.

"We are rapidly expanding in prostate and bladder cancer," chief development officer for oncology Chris Boshoff said. "Urogenital malignancies represent the first and fourth most common cancers in men." Pfizer said it anticipates $5bn of annual revenue contributions coming from the bladder and prostate portfolio in 2027.

Pfizer is studying Talzenna in combination with Xtandi versus Xtandi alone in the TALAPRO 2 Phase III trial in first-line metastatic castration-resistant prostate cancer. Data are expected next year with a potential approval in 2022.

"This represents a significant opportunity as we anticipate that this investigational combination has the potential to become a new standard of care if successful," Boshoff said.

In bladder cancer, Pfizer is developing the next-generation PD-1 inhibitor sasanlimab. The Phase III CREST trial is studying sasanlimab with standard therapy known as BCG versus BCG alone in BCG-naïve non-muscle invasive bladder cancer. The subcutaneously delivered checkpoint inhibitor is also being studied as a future backbone with targeted medicines in various umbrella studies in the portfolio, Pfizer said.

With Braftovi, Pfizer is rapidly trying to expand into more BRAF-driven malignancies, including metastatic colon cancer, where the drug was recently approved by the US Food and Drug Administration for use in combination with cetuximab. (Also see "Keeping Track: US FDA Approves Koselugo, Bestows BTDs On Bavencio, Sotatercept" - Pink Sheet, 13 Apr, 2020.) BRAF mutations occur in up to 15% of patients with colon cancer and those patients typically have a poor prognosis.

Beyond the labeling expansions that Pfizer is building out for existing medicines, the company has a pipeline of early-stage new molecular entities (NMEs), but those drugs are in early clinical testing. They include small molecule inhibitors, T-cell redirecting bispecific antibodies, an antibody-drug conjugate and a cancer vaccine.

"Ten of these NMEs could potentially be approved by 2026," chief scientific officer-oncology Jeff Settleman said.

Pfizer hopes to build on its success with Ibrance by developing next-generation CDK inhibitors. The company has several in development, including a CDK2/4/6 inhibitor, which could overcome resistance to Ibrance that appears to be caused by CDK2 activation in some breast cancers.

"This molecule has the potential to overcome such resistance, which would be a major advancement for patients," Settleman said. Another candidate is a selective CDK4 inhibitor that has been shown preclinically to target CDK4 with more than 10 times the potency of Ibrance, and without the neutropenia sometimes seen with CDK6 inhibition.

Also in breast cancer, Pfizer is developing a HER2 antibody drug conjugate for HER2-expressing cancers that the company said is differentiated from other ADCs that have recently launched for HER2-positive breast cancer and could have improved safety and potency.

While Pfizer's progress in cancer is encouraging, a key part of the company's growth strategy centers on maintaining dominance in the CDK4/6 class with Ibrance, despite disappointing data from the PALLAS trial in earlier breast cancer patients. (Also see "ESMO: A Tale Of Two CDK 4/6 Inhibitors With monarchE Success and Failure For PALLAS" - Scrip, 21 Sep, 2020.)The company believes it will continue its dominance in the category but some investors are skeptical the competitive landscape will not shift.

"Investors are likely to remain cautious about the company's long-term top-line growth guidance, primarily because of its reliance on large programs with substantial competitive challenges," SVB Leerink analyst Geoff Porges said in a 16 September research note.

"Their product selection, capital allocation and development decision-making does seem to have improved, and perhaps the main area of disagreement from investors is the revenue potential of both the established and new products," Porges said. "Investors aren't convinced that the Ibrance market dominance can be maintained in breast cancer."

Pfizer To Buy Trillium For $2.26bn In A Hematology Pipeline Play

ESMO: A Tale Of Two CDK 4/6 Inhibitors With monarchE Success and Failure For PALLAS