The company showcased its pipeline in a two-day virtual meeting, trying to convince investors the long-term potential is undervalued. 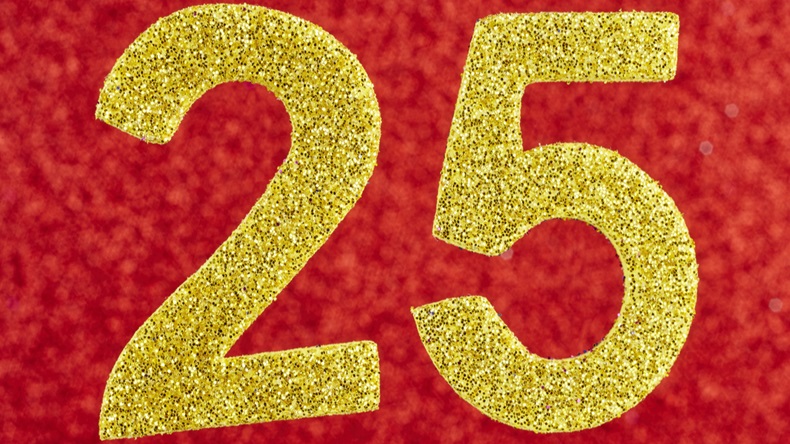 Pfizer Inc. unveiled a new research and development metric – 25 by 2025 – during a two-day virtual R&D day on 14-15 September; it was a vow to investors that the company is on track to launch 25 new drugs by 2025. Those will be the products that drive Pfizer's growth through the next five years and beyond as the company reaches its next big patent cliff.

Nonetheless, many of the new drugs are expected to launch on the later side, in 2023 or after, and their commercial outlook remains uncertain. Among the near-term opportunities, tanezumab – pending at the US Food and Drug Administration for osteoarthritis pain – has a complicated risk/benefit profile and is partnered with Eli Lilly and Company.  Also on the horizon is Pfizer’s 20-valent pneumococcal vaccine that will be filed with the FDA in October, but it will largely replace the company's current 13-valent Prevnar 13, a blockbuster vaccine, and it will face new competition from Merck & Co., Inc..

The R&D days were the first such events that Pfizer has held in many years and the company set out to spotlight a healthier, nimbler R&D engine and convince investors its pipeline is undervalued. The event was initially meant to be held in the spring but was delayed and eventually hosted virtually because of the COVID-19 outbreak.

Management outlined during the two-day program how Pfizer expects to reach a previously disclosed goal of achieving a compound annual growth rate of at least 6% and double-digit earnings per share growth from 2020-2025. But the company also showcased products that it expects could help fill a potential $18bn-$20bn revenue gap beginning in 2026, when Pfizer is expected to lose exclusivity for big blockbuster brands like Eliquis (apixaban), Xeljanz (tofacitinib) and Ibrance (palbociclib).

Pfizer believes the current pipeline will be able to at least replace the lost revenue from patent expirations and that it will be supplemented by external deal-making. On that front, CEO Albert Bourla reiterated his interest in bringing in mid-stage assets that are in Phase II development or Phase III-ready.

All of the company's financial forecasts are based on Pfizer completing the spinout of its established products business Upjohn into a new company with Mylan N.V., a deal that is expected to close by the end of the year and dramatically reshape Pfizer. (Also see "At Pfizer, A Split A Decade In The Making" - Scrip, 29 Jul, 2019.)

Pfizer opened its virtual meeting by highlighting how the company – and particularly its R&D engine – has changed over the last decade, a transformation that began in 2010 under then-CEO Ian Read but accelerated over the last 18 months under Bourla. The 10-year transformation has positioned Pfizer to execute on its goals now, Bourla said.

"The increased R&D productivity as well as the depth and breadth of our pipeline gave us the confidence to move so quickly over the past year to transform into the new Pfizer," he said. "The new Pfizer will be very different. It will combine the agility and innovative spirit of a biotech with the scale of a big pharma."

COVID-19 has given Pfizer an opportunity to showcase this nimbler reincarnation, with the company now being a frontrunner in the race to bring a vaccine for COVID-19 to market – potentially within one year since the outbreak began. None of the company's long-range financial forecasts include a COVID-19 vaccine or treatment, however. Bourla said the company will update its guidance if the products are proven to work in clinical trials, but success could provide unexpected upside.

There were no material updates on the COVID-19 vaccine, developed in collaboration with BioNTech, which is in Phase III development and has enrolled close to the trial's initial 30,000 patients; the enrollment goal recently was increased to 44,000. (Also see "Coronavirus Update: Rapid Restart For AZ’s Vaccine Trial, Pfizer Upsizes Its Phase III" - Scrip, 14 Sep, 2020.)

About 12,000 patients have received a second dose, the firm said. Pfizer reiterated the expectation that data will be available in late October and said the data monitoring committee has not alerted the company to any safety issues at this time.

"We are confident that we are on the right road and have set an ambitious goal to put up to 25 breakthroughs in the hands of patients by 2025," he said. Of those, 70% have passed Phase I clinical testing and 35% are in Phase III, registration or recently approved, he added. This pipeline could deliver $35bn-$40bn in annual revenue, based on each product's peak sales, he said.

In its new pipeline chart, Pfizer has 38 assets – some of which are new indications for existing medicines – that could deliver commercially by 2025. Another 24 assets could launch between 2026 and 2028.

There were no big surprises or data released during the company’s presentations to move the bar in the minds of investors, however. Many of the programs have been in investors’ sights for a long time. For example, a vaccine candidate for respiratory syncytial virus (RSV), which would be given to pregnant mothers, has been in development for many years and isn't expected to launch until 2024.

Another late-stage asset, the JAK3 inhibitor ritlecitinib could be a first to market therapy for alopecia, a potentially sizable commercial opportunity, but the reimbursement landscape for alopecia could be challenging if payers view the condition as cosmetic rather than medical. Gene therapy, while exciting, also remains highly uncertain commercially, given the high prices and limited long-term data.

In oncology, Pfizer talked about 14 potential approvals by 2025, but most of the drugs are still in early stages of development, including a BCMA/CD3 bispecific antibody for multiple myeloma, a HER2-targeting antibody-drug conjugate for multiple myeloma, a next generation cyclin dependent kinase (CDK) 2/4/6 inhibitor for patients who relapse on the CDK4/6 inhibitor Ibrance and a new subcutaneous PD-1 inhibitor sasanlimab to be used as a backbone treatment.

Pfizer also has plans to expand the BRAF/MEK inhibitor combination Braftovi/Mektovi into first-line BRAF-positive metastatic cancers, including colorectal, melanoma and non-small cell lung cancer. The combination was the lynchpin of Pfizer's $11.4bn acquisition of Array Biopharma in 2019. SC125405

In cardiovascular disease, Pfizer is investing in vupanorsen, an ANGPTL3 antisense oligonucleotide licensed from Ionis, for lowering cholesterol and triglycerides. The company is initiating a Phase IIb program to narrow in on the appropriate dose to support a large Phase III investment, including a cardiovascular outcomes trial. Given the lack of commercial success for other recent launches in the space, investors may not to be enthusiastic about the chances of this becoming Pfizer's next big blockbuster brand.

Pfizer's stock price stayed largely flat over the course of the two-day meeting, suggesting investors found the pipeline update in line with their expectations. The company's stock price closed at $36.95, which was down 0.2%, on 15 September.

On the other hand, Pfizer has impressed investors with the recent launch of Vyndaqel (tafimidis), which has gotten off to an unexpectedly strong start, and the quick pivot into a potential COVID-19 vaccine leader. More successes will continue to build investor confidence.

Pfizer Says JAKs Have Their Place Despite Xeljanz Safety Issues

At Pfizer, A Split A Decade In The Making

China Closes In On Top 10 In Global Innovation Ranking