Stockwatch: Teva, Mylan And The Pandemic – Should Have Done Better

With Telemedicine And Postal Delivery, Generic Drug Companies Should Have Performed Better Under Lockdown

The notoriously thin margins of generic drug manufacturers, over-leveraging and pending legal cases should have been subordinated by the continuing needs for generic drugs during lockdowns. 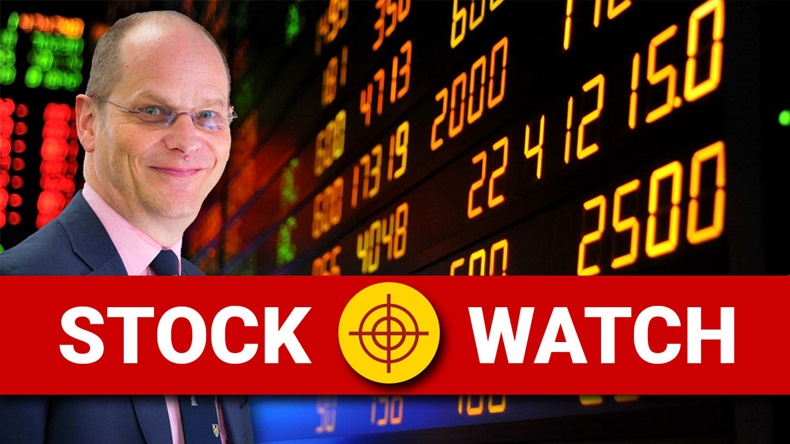 At the start of 2020 the future looked bright for the biggest generic pharmaceutical companies. Even at the start of the pandemic, with historically low interest rates and pharmacies remaining open, there should have been reasons to remain cheerful.

Second-Quarter Generic Earnings Should Have Been Robust

After a few rough years of over-leveraging for acquisitions which then forced restructurings, and litigation on price fixing and opioid promotion, the coronavirus pandemic finally presented an opportunity for generic pharmaceutical companies to do well. With primary care clinics and hospitals effectively replaced by telemedicine for non-coronavirus patients, generic medicines accounting for over 90% of US prescriptions, there was the potential for safe and well-characterized generic drugs to at least maintain their revenues during the lockdowns.

Having borrowed heavily to acquire the Actavis Generics business of Allergan plc in 2015 for $40.5bn, Teva Pharmaceutical Industries Ltd.* spent the two years that ended in 2019 in an enforced restructuring and deleveraging program. (Also see "Teva Gets What It Wants – Allergan Generics, Not Mylan" - Pink Sheet, 3 Aug, 2015.) On the one hand, Teva’s doubling down on generic drugs came just before a period of eye-watering US generic drug price deflation driven both by US presidential election campaign rhetoric and by US payers flexing their contracting muscles against both generic and branded companies. On the other, the low interest rates brought about by the effects of the coronavirus pandemic on global economies have made debt reductions (after the event, in Teva’s case) much less urgent. Teva’s elevation to the world’s largest generic drug company and the completion of its restructuring plan should have positioned it well for circumstances where most new primary care patients are diagnosed by a phone call and prescriptions for well-characterized safe and efficacious generic drugs are delivered by post. Teva’s second-quarter revenues of $3.87bn, however, fell by 7.3% over the same quarter of 2019, marginally missing analysts’ consensus estimates of $3.92bn.

While the effects of channel-stocking, destocking and clinic closures that the pandemic imposed on the revenues of branded pharmaceutical companies seem to have been replicated at Teva, additional issues cloud its investment proposition. For a company that completed its restructuring plan in 2019, second-quarter 2020 non-GAAP adjustments included a $108m impairment related to the Actavis Generics acquisition, $249m in intangible asset amortization and $33m in restructuring expenses. These still give Teva that work-in-progress feel of a building site. In addition, while Teva’s second-quarter non-GAAP adjustments included legal settlements of only $13m, these and provisions against them look set to balloon in the third quarter. In the same week, the US Department of Justice accused Teva of violating anti-kickback statutes on Copaxone sales, and the New York State Department of Financial Services filed fraud charges against Teva and Allergan in connection with the opioid crisis. (Also see "Teva Hit By US Suit Over Copaxone Copays" - Generics Bulletin, 20 Aug, 2020.) By the end of the week, with its stock price finishing down 14.0% against the NYSE Arca Pharmaceutical Index’s 1.2% rise, Teva’s place in my pension was giving me cause for concern.

Judging by its 1.3% stock price fall on the week, Mylan N.V.’s* second-quarter financial announcement was better regarded than Teva’s. Mylan’s total revenues of $2.73bn fell by only 4.2% over the same quarter in 2019 and marginally beat analysts’ estimates of $2.70bn. In addition, Mylan’s revenues rose by 4.3% between the ends of the first and second quarters of 2020. For a moment, I was almost persuaded by the “strong results from the first half of the year” in Mylan’s narrative until I realized that revenues were essentially flat between the first six months of 2019 and 2020. Moreover, my assumptions on the resilience of generic drug manufacturers in spite of lockdowns − which had taken a knock with the second-quarter results of Teva − were left in tatters by Mylan’s second-quarter narrative that mentioned “lower retail demand, lower non-COVID-19 related patient hospital visits” and the now familiar “reversal of the forward purchasing” after the first quarter of 2020.

If Mylan’s investors needed any hint about its vision for the year, they only needed to look at its full-year guidance. While Teva has stubbornly maintained its 2020 financial guidance issued in February, Mylan reduced its 2020 revenue and adjusted EBITDA expectations by 2.1% and 1.4% at their midpoints, respectively, at its first-quarter announcement in May, and these remained unchanged in its second-quarter announcement. Except that can’t be. Before the end of the year, Mylan’s stand-alone guidance will be superseded by its combination with Pfizer Inc.’s* Upjohn generics division to form Viatris. Pfizer reported second-quarter Upjohn revenues that fell by 32.5% over the same quarter in 2019 and by 0.8% between the ends of the first and second quarters of 2020. If Teva is still a bit of a building site five years on from the combination with Actavis Generics, then Mylan, by comparison, has only just received local planning permission. In addition, the dismantling of the US Postal Service by the current administration is the last impediment to revenues that generic drug companies needed.

Andy Smith gives an analyst and former investor's view on life science companies. He joined the independent research house Equity Development in October 2019 having previously been an analyst at Edison group and a Senior Principal in ICON PLC’s Commercialization, Pricing and Market Access consulting practice. Smith has been the lead fund manager for four life science–specific funds, including 3i Bioscience, International Biotechnology and the AXA Framlington Biotech Fund, and was chief investment officer at Mannbio Invest. He was awarded the techMark Technology Fund Manager of the year for 2007 and was a global product manager at SmithKline Beecham Pharmaceuticals until 2000.

Teva Hit By US Suit Over Copaxone Copays

Teva Gets What It Wants – Allergan Generics, Not Mylan