Q2 Updates From Biohaven, UroGen, Amarin And Others 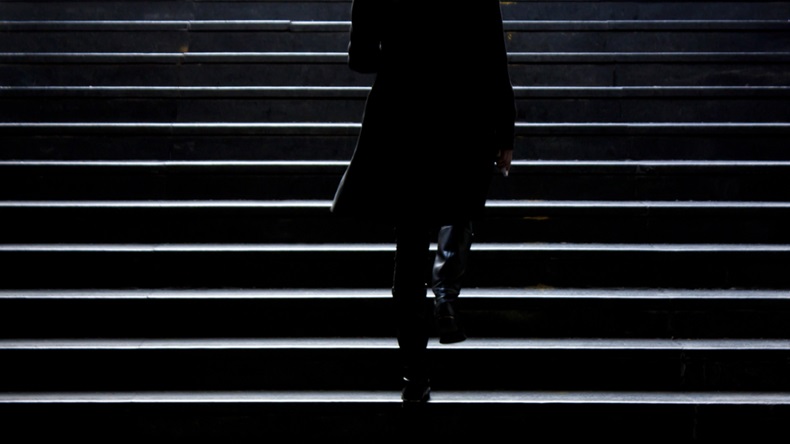 An independent biotech launching a commercial drug on its own is always a big undertaking, but this year, several small biotechs are confronting new drug launches with the unexpected challenges of the COVID-19 health crisis. In reporting their second quarter earnings results, several of these drug makers highlighted how they are pushing ahead with new drug launches in a dynamic market.

Biotechs like Biohaven Pharmaceutical Holding Company Ltd., UroGen Pharma, Ltd., and bluebird bio are transitioning to commercial-stage drug companies this year, while others like Amarin Corporation plc and Sage Therapeutics, Inc. have more commercial experience but are facing their own daunting challenges.

Biohaven's Nurtec ODT Off To A Solid Start

Biohaven Pharmaceutical Co. Ltd has gotten off to a strong start with the launch of Nurtec ODT (rimegepant) for acute migraine despite a competitive market for novel calcitonin gene-related peptide (CGRP) inhibitors – and a global pandemic. Nurtec OTC was not the first anti-CGRP to reach the market, and not the first oral one either, but it is the first one available in a fast-dissolving tablet. (Also see "Biohaven’s Oral CGRP Inhibitor Nurtec ODT Approved In The US For Acute Migraine" - Scrip, 27 Feb, 2020.)

Nurtec OTC generated $9.7m in the second quarter, its first full quarter on the market, after being approved by the US Food and Drug Administration in February and launching in March. (Also see "Biohaven’s Oral CGRP Inhibitor Nurtec ODT Approved In The US For Acute Migraine" - Scrip, 27 Feb, 2020.) The company, announcing financial results on 10 August, said the launch outpaced expectations, and that prescriptions in the quarter totaled 46,314, reflecting "new to brand" market leadership.

Biohaven said it pivoted to prioritizing virtual channels of engagement to drive health care provider awareness of the product as COVID-19 disrupted health care in the US. Biohaven is going up against big pharma rivals like Eli Lilly and Company, Amgen, Inc./Novartis AG, Teva Pharmaceutical Industries Ltd., and AbbVie Inc., who all sell CGRPs for migraine. The company is targeting a supplemental new drug application filing for rimegepant for the prevention of migraine by the end of the year.

But Biohaven is investing heavily behind the launch, with SG&A spend of $124.8m outpacing consensus estimates of $88.9m, William Blair analyst Tim Lugo said in a same-day research note. "With a 500-person sales force actively marketing the therapy, coupon cards and a significant marketing presence, we hope investors are expecting continued investment," he said.

The company reported a net loss attributable to common shareholders of $180.9m in the second quarter, and had cash of $263.9m plus access to $725m from $950m of non-equity-based financings completed in August.

UroGen Pharma is just getting underway with the launch of Jelmyto for low-grade upper tract urothelial (LG-UTUC) cancer following FDA approval of the hospital-administered drug in April. (Also see "UroGen Wins First FDA Approval With Jelmyto For Urothelial Cancer" - Scrip, 16 Apr, 2020.) Jelmyto launched in June and the company said 20 doses have been administered to patients as of 30 June despite COVID-19, which has interrupted some surgical procedures in the US.

Nonetheless, UroGen said the product can be administered in an outpatient procedure under local anesthesia. Jelmyto consists of the established chemotherapy mitomycin and sterile hydrogen administered with the company's proprietary sustained-release RTGel technology, which delivers the treatment to the urinary tract tissue for sustained exposure.

"Interest in Jelmyto has been significant and demand has continued to increase despite the challenging environment," chief commercial officer Jeffrey Bova said in a 10 August earnings call. "We booked almost $400,000 in net sales as of June 30. We're definitely off to a solid start and I remain optimistic that we can sustain our early momentum moving forward."

LG-UTUC is a rare cancer that affects only 6,000 to 8,000 patients in the US, but the company has its sites on a larger indication for a second similar product, UGN-102, for low-grade intermediate-risk non-muscle invasive bladder cancer (LG-IR-NMIBC). The company said it reached an agreement on the design elements of a 600-patient Phase III trial for the product and is finalizing the protocol with the FDA. The trial remains on track to start by the end of the year.

Bluebird bio's gene therapy Zynteglo (autologous CD32+ cells encoding βA-T87Q-globin gene) was approved in Europe for transfusion-dependent beta-thalassemia (TDT) in 2019 but the first commercial patient is still yet to be dosed. Earlier this year, the company said it planned to dose the first commercial patient in the first half of the year, but now the company has pushed that timeline back to the second half of 2020.

In a second quarter sales and earnings release on 5 August, the company said it has contracted with a second qualified treatment center for Zynteglo in Europe in 2020, located in Essen, Germany. Commercial treatment has been delayed several times, pointing to the challenges of getting a novel and high-priced gene therapy like Zynteglo up and running In Europe. Earlier this year, bluebird also warned investors that a biologic license application (BLA) in the US for TDT would be delayed until the second half of 2020, after initiating the rolling BLA. (Also see "Bluebird Expects Three Filings In 2020, But US Zynteglo Submission Pushed Back" - Scrip, 19 Feb, 2020.)

The company, with partner Bristol-Myers Squibb Company, did successfully complete the resubmission of a BLA for idecabtagene cicleucel (ide-cel; bb2121), a B-cell maturation antigen (BCMA) directed CAR-T cell therapy for multiple myeloma after an initial refuse-to-file letter. (Also see "A BCMA Setback For Bristol And Bluebird With FDA Refuse-To-File Letter" - Scrip, 13 May, 2020.) The company is in a strong position to get products to the commercial finish line, however, with cash and equivalents of $1.6bn as of 30 June.

Amarin Goes It Alone In Europe

Amarin has several years of experience marketing Vascepa (icosapent ethyl) in the US, but now with a new broader cardiovascular risk reduction indication for Vascepa in the US and a marketing authorization application pending in Europe, the company is looking to build a European commercial organization. The company announced its intention to go it alone marketing Vascepa in Europe while reporting the company's second quarter financials on 4 August.

"While proposals from other companies to partner with Amarin for commercialization of Vascepa in Europe were thoughtful," CEO John Thero told the Q2 call, “in the end, we concluded that it is important to ensure that we not run the risk of the focus on Vascepa getting diluted by other products promoted by such companies, and that it's important for Amarin to preserve optionality for potential future strategic opportunities.”

To lead the effort, Amarin hired Karim Mikhail as senior VP and commercial head Europe. He most recently worked at Theodon, the commercial strategy consultancy firm he founded in 2018, and previously worked at Merck & Co., Inc. for 22 years as a commercial leader for the lipid franchise, including Zetia (ezetimibe).

The market outside the US has become increasingly important for Vascepa after a US court ruled against Amarin in a patent infringement lawsuit. (Also see "Amarin's Vascepa May Face Generic Competition In US Next Year After Patents Ruled Invalid" - Scrip, 1 Apr, 2020.) An appeals case is now ongoing, and could have a big impact on the long-term commercial potential of Vascepa in the US. In Europe, Vascepa is expected to have at least 10-11 years of market protection, the company said.

Amarin has been forecasting blockbuster level sales for Vascepa after winning the important cardiovascular risk reduction claim from the FDA, but the pandemic has slowed the product's near-term growth. Nonetheless, Amarin reported sales of $135.3m in the second quarter, an increase of 34% over the year-ago period. Those sales were lower, however, than the $150m Amarin reported in the first quarter of 2020. The company pulled sales reps out of doctor's offices in March as the health care system digested the impact of COVID-19.

"During late June and further in July, we gradually increased the number of sales representatives who have resumed direct sales interactions," chief commercial officer Aaron Berg said. "Now in early August, much of our sales force is in the field with an ongoing learning curve regarding how best to interact with health care professionals in this very dynamic COVID-19 environment."

The launch of Sage Therapeutics' Zulresso (brexanolone) for postpartum depression in early 2019 was never expected to be fast and furious, but the arrival of COVID-19 brought hopes of slow and steady growth to its knees. Zulresso generated $1.1m in the second quarter, less than half of the $2.3m it generated in the first quarter of the year.

Sage is relying solely on a pared down commercial team focused on health care providers working in geographies with active Zulresso treatment sites, after pulling back on its commercial efforts to reign in cash. The company announced a 53% workforce reduction in April as COVID-19 kept patients out of hospitals and doctor's offices and after the company had to revise its development and regulatory plan for an important second product – zuranolone – in depression. (Also see "Sage Makes Deep Cuts, Axing 53% Of The Workforce, As It Reins In Zulresso" - Scrip, 7 Apr, 2020.)

"Given the ongoing surge in the number of cases of COVID-19 in the US and continuing concerns about the pandemic across the country, the company expects the significant adverse impact of the pandemic on Zulresso revenues to continue," chief commercial officer Michael Cloonan said. Investor focus has long been focused already on the development of zuranolone for major depressive disorder and postpartum depression.

Never Give Up: Amarin Will Appeal Latest Vascepa Patent Loss

Sage Makes Deep Cuts, Axing 53% Of The Workforce, As It Reins In Zulresso

Bluebird Expects Three Filings In 2020, But US Zynteglo Submission Pushed Back