ASCO 2020: BCMA CAR-T Race Heats Up Between Bristol And Janssen

The gap between potential approvals for Bristol’s ide-cel and Janssen’s JNJ-4528 has narrowed as both CAR-T therapies show high response rates in multiple myeloma – and as bispecific antibodies, including Janssen’s teclistamab, edge into the space. 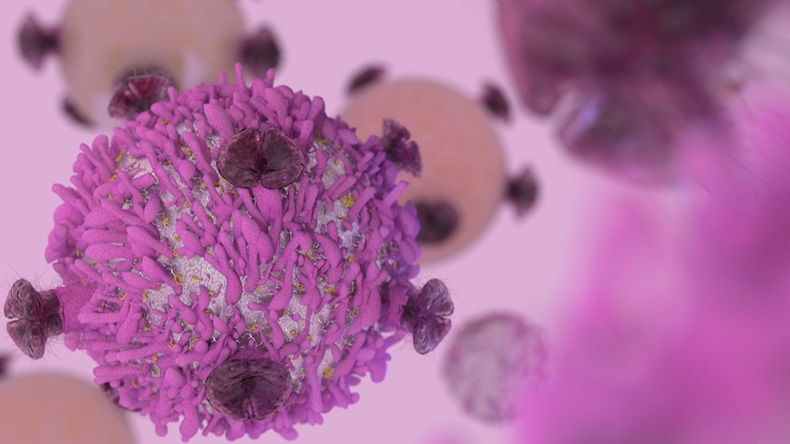 Bristol-Myers Squibb Co. and bluebird bio inc. may have lost some momentum in their race to bring the first B-cell maturation antigen (BCMA)-targeting chimeric antigen receptor T-cell (CAR-T) therapy to the US market with a regulatory setback, but results from the pivotal Phase II KarMMa clinical trial that will be presented at the American Society of Clinical Oncology (ASCO) virtual meeting at the end of May show a high response rate in heavily pre-treated relapsed or refractory multiple myeloma patients.

The US FDA took issue with the CMC portion of the BLA for the BCMA-targeted therapy idecabtagene vicleucel for multiple myeloma. An approval is tied to a $9 CVR for Celgene shareholders.

The gap between ide-cel and a competing BCMA-targeting CAR-T – JNJ-4528 from Johnson & Johnson’s Janssen Pharmaceutical Cos. and Legend Biotech Corp. – has narrowed significantly now that the US Food and Drug Administration has issued a refuse-to-file letter sending the ide-cel application back to Bristol and bluebird for more detailed chemistry, manufacturing and controls information.

The companies believe they can re-file by July, but that means there will be just a few months between the potential approvals of ide-cel and JNJ-4528, which Janssen plans to submit to the FDA later this year based on its ongoing Phase Ib/II CARTITUDE-1 clinical trial. Both candidates have breakthrough therapy designations from the FDA and could see rapid approvals.

In addition to the race to be first to market, updated data from the 29-patient Phase Ib portion of CARTITUDE-1 that will be presented at ASCO show better response rates for JNJ-4528 than for ide-cel, although the dataset is only a quarter of the 128 patients treated with ide-cel in KarMMa. Also, myeloma patients enrolled in CARTITUDE-1 had a median of five prior lines of therapy, while the median in KarMMa was six lines of prior treatments.

Median progression-free survival (PFS) was 8.8 months, rising to 20.2 months for patients with a CR or sCR. While overall survival (OS) data continue to mature, the estimated median OS is 19.4 months with 78% of patients alive at 12 months.

“We’re quite excited about the results from the pivotal trial, especially considering how relapsed and refractory the patient population is,” Hege said, noting that there was a high frequency of deep and durable responses to ide-cel in the KarMMa study.

In terms of safety, cytopenia and cytokine release syndrome (CRS) were the most common adverse events associated with ide-cel; CRS and neurotoxicity are potentially severe side effects often associated with CAR-T treatment. CRS of any grade was reported in 107 out of 128 patients (84%) with less than 6% of patients (seven out of 128) experiencing grade 3 or greater CRS, although there was one grade 5 CRS event. Investigators observed neurotoxicity in 23 patients (18%), including four grade 3 events (3%).

Hege said the safety of ide-cel was consistent with what was observed in Phase I with mostly low-grade CRS and neurotoxicity. “We think it’s manageable and expected for this class of therapies,” she said.

Hege, a practicing oncologist at the University of California, San Francisco, said that while CAR-T therapies are a relatively new area of medicine, with two CAR-T products on the market for other hematologic malignancies – Novartis AG’s Kymriah (tisagenlecleucel) and Gilead Sciences Inc.’s Yescarta (axicabtagene ciloleucel) – clinicians know how to treat the side effects that emerge in the days and weeks following one-time treatment with CAR-T cells.

For JNJ-4528, the updated CARTITUDE-1 results that will be presented in the ASCO virtual meeting include a 100% ORR and 86% sCR rate with a median follow-up of 11.5 months. Janssen also reported a 100% ORR at the American Society of Hematology (ASH) meeting in December with a median follow-up of six months, but at that point the CR rate was 69% and sCR rate was 66%, so the updated results show that responses are improving over time.

“Over time, the responses are not only being maintained, but deepening, with many evolving into deeper responses and that usually correlates with better outcomes,” Craig Tendler, vice president of late-stage development and global medical affairs for oncology, hematology and supportive care at Janssen, told Scrip.

In the updated Phase Ib CARTITUDE-1 results, 86% of patients were alive and progression free at nine months and 81% of 16 patients evaluable for minimal residual disease were MRD-negative at the time of first response. Given the toxicities associated with CAR-T therapies soon after treatment, Tendler noted the importance of long-lasting responses without ongoing toxicities.

“That’s the best clinical situation to be in – off treatment and the disease is almost eradicated and you’re able to be off treatments with toxicities,” he said. “That’s consistent with this vision we’ve had for these highly refractory and heavily pre-treated patients.”

The high response rates observed in the Phase Ib portion of CARTITUDE-1 come with high rates of CRS, but a low occurrence of neurotoxicity in the early days and weeks after treatment with JNJ-4528. All of the patients experienced neutropenia and 93% had CRS, including two patients with grade 3 or greater CRS, one of whom died. Neurotoxicity was observed in three patients (10%), including one who had a grade 3 or greater event (3%). Other frequent adverse events were leukopenia (66%) and thrombocytopenia (69%).

The Phase II portion of CARTITUDE-1 is fully enrolled, but Janssen has not said when results will be reported from that larger patient group. The targeted enrollment for the entire study was 118 patients. Janssen will submit results from the entire Phase Ib/II population of the study in its filings with the FDA and other health authorities later this year.

In another multiple myeloma study, the company will be reporting early Phase I results in the ASCO virtual meeting for its BCMA-targeting bispecific antibody teclistamab, which also targets CD3 to recruit T-cells to attack myeloma cells. T-cell engaging bispecifics offer potential off-the-shelf alternatives to CAR-T therapies, which – at least in the first-generation of BCMA-targeting CAR-Ts – are autologous therapies manufactured from patients' own T-cells.  (Also see "Bispecifics Could Be A Threat To CAR-Ts, But Efficacy May Trump Convenience" - Scrip, 19 Dec, 2019.)

In the abstract for that presentation, 66 patients with a median of six prior lines of therapy were treated as of 31 January with intravenous doses that ranged from 0.3mg/kg to 270mg/kg. In 65 evaluable patients, activity was observed at doses of 38.4mg/kg or higher with 20 out of 52 patients (38%) achieving a response. Seven out of nine (78%) responded to the highest dose tested.

Both Bristol and Janssen are also studying ide-cel and JNJ-4258 in earlier lines of multiple myeloma treatment.

However, the first BCMA-targeting treatment to reach the market for myeloma may not be a CAR-T therapy. GlaxoSmithKline PLC's ADC belantamab mafodotin was submitted to the FDA in December and the agency is expected to make an approval decision in August.  (Also see "GSK Files Its BCMA Drug In Multiple Myeloma" - Scrip, 17 Dec, 2019.)

Gilead/Kite Gain Second CAR-T Approval With Tecartus, Price On Par With Their First

Finance Watch: Four IPOs In One Week, And Legend Is Year’s Largest So Far

Bispecifics Could Be A Threat To CAR-Ts, But Efficacy May Trump Convenience