Tried-And-Tested Platforms Could Pay Off

While not promising the fastest development time that the world craves, the combined experience and scale of the two vaccine giants bodes well.

By pooling its expertise and manufacturing scale with rivals Sanofi on the COVID-19 vaccine, GSK is increasing the odds of success

It has taken longer to emerge than the many fast-tracked programs launched in recent months, but GlaxoSmithKline PLC’s decision to work with
Sanofi could prove to be a significant boost to the chances of a broadly effective COVID-19 vaccine emerging in 2021.

There are around 70 vaccines against COVID-19 currently in development around the world – including candidates based on novel technologies from Moderna, Inovio and Cansino Biologics already in Phase I trials.

But two of these frontrunners have never brought a vaccine to market before, and the third has only limited experience – which makes their chances of success much slimmer.

Like medicines, most vaccine candidates fail, and that means more established companies with tried-and-tested technologies are more likely to prove successful in developing a safe and effective vaccine that the world is waiting for.

Both big pharmas have been active in COVID-19 vaccine research since February with smaller biopharma partners and non-profit agencies, and GSK announced on 14 April a deal to combine its vaccine boosting adjuvant technology with Sanofi’s protein-based recombinant DNA vaccine platform.

Its ‘virus chasing’ habits has given Inovio a bad reputation. But with backing from CEPI and Bill Gates, it has a chance to prove the doubters wrong.

GSK and Sanofi are the world’s number one and number three biggest vaccines companies in the world (by revenue) respectively, and in combining their R&D track records and manufacturing scale, their new alliance looks like one of the most likely programs to succeed.

The combination of a protein-based antigen together with an adjuvant is well-established and used in a number of vaccines available today. Vaccine adjuvants work by enhancing the immune response to create a stronger and longer-lasting immunity against infections than the vaccine alone. They can also allow smaller doses for each patient, which can also improve the likelihood of delivering an effective vaccine that can be manufactured at scale.

Andy Smith pharma market analyst at Equity Development and Scrip columnist said: “The more I think about it, the more I think they [Sanofi and GSK] have the best chance of success.”

The product will be based on the platform used by Sanofi for its influenza vaccine, Flublok, while GSK’s has previously used its pandemic adjuvant technology when it produced Pandemrix against the H1N1 flu outbreak in 2009.

Nevertheless, the urgency and scale of the challenge to develop a COVID-19 vaccine is unprecedented, and is daunting for even these experienced companies, hence the needto collaborate, and to share expertise and costs. 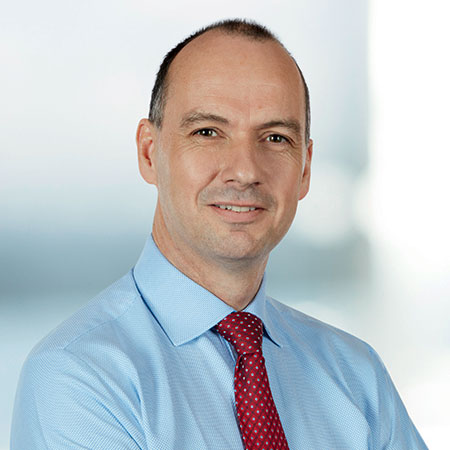 “Starting with proven pandemic technologies definitely improves the odds,” said Roger Connor, who leads GSK’s vaccines business, speaking to media about the alliance. “The world wants to see confirmation that the challenge is being solved, but as with all research there’s risk involved with this.”

Their scale and experience does not mean the companies have a perfect record in the field, however – indeed both have suffered safety problems with vaccines in other settings.

GSK’s Pandemrix was approved in 2009 against the H1N1 influenza outbreak, but caused narcolepsy in a small number of patients. Meanwhile Sanofi’s novel dengue vaccine, first launched in late 2015, has also run into major safety problems.

GSK’s chief executive Emma Walmsley said that, all proceeding well, the companies expected to be able to produce hundreds of millions of doses annually by the end of 2021.

This puts the Sanofi-GSK partnership within similar timeframes to another highly credible effort, that from J&J’s Janssen, which is working with the US government agency Biomedical Advanced Research and Development Authority (BARDA) on its own viral-vector based vaccine.

Roger Connor commented: “The world is going to need multiple vaccines. For two reasons obviously the scale of this [COVID-19 pandemic] but also some are going to fail through the development process as well.”

He added that close collaboration with regulators was also crucial, saying there was “an opportunity to consolidate phases” in the development timeline, but being careful to add that checks for toxicity and safety signals were the first crucial step.

Determining the dose and the impact of the adjuvant on the dose is central to the collaboration between GSK and Sanofi. “Obviously the smaller we can make that dose to be effective means our capacity is bigger, and we can treat more people quickly,” said Connor.

Walmsley pointed to GSK’s experience with Pandemrix which had allowed a four-fold reduction in antigen needed in the vaccine because of the adjuvant, a factor which could play a crucial role in establishing a product which is safe and effective for a broad global population.

GSK’s chief scientific officer Hal Barron said the adjuvant might be used only for sub-groups of patients who required higher levels of immunogenicity.

Connor added: “Getting to those numbers is going to be important [when] we do an efficacy testing. Now we have to talk to the regulator about this, because there are different approaches, but certainly in this environment with the disease spreading at the rate that it is, that should speed up the clinical testing and proof of efficacy.”

Like Janssen, GSK and Sanofi have already made it clear they do not expect to make money from their vaccine.

“We do not expect to profit from [the product] during the pandemic…any short term profit we do generate we will reinvest in support of coronavirus related research, and long term pandemic preparedness, either through GSK internal investments, or with external partners,” said Walmsley.

The companies have established a Joint Task Force co-chaired by Roger Connor and David Lowe, enabling them to combine the resources and people of both companies to develop the vaccine at pace, with the two sides still to finalize the terms of their collaboration over the next few weeks.

Sanofi To Collaborate On Smartphone Tech For COVID-19 Self-Testing