Five Companies To Watch This ASCO

MacroGenics, Amgen, Celgene, Forty Seven and Iovance are all set to enjoy a good ASCO meeting with promising data for key products revealed in the abstract drop. 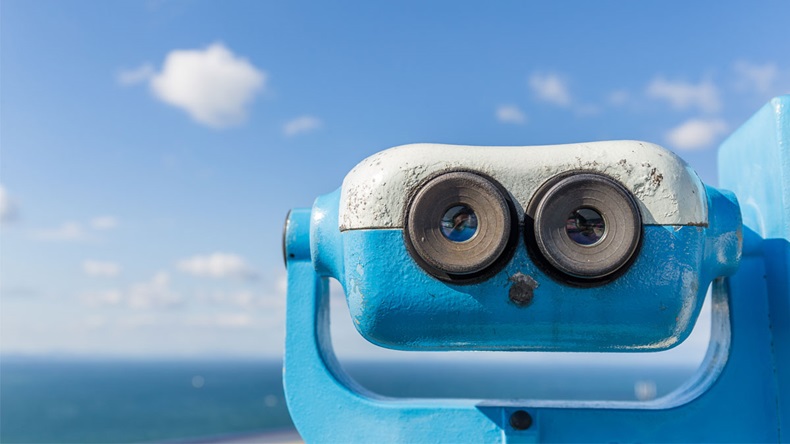 MacroGenics, Amgen, Celgene, Forty Seven and Iovance are companies to watch in Chicago

The ASCO abstract drop on 15 May gives a heads up as to which companies will be attracting attention at the meeting in Chicago from 31 May to 4 June. Here we take a look at five firms highlighted by Biomedtracker and Datamonitor Healthcare as being the ones to watch.

The extent of the benefit given by MacroGenics Inc.’s investigational, immune-enhancing monoclonal antibody margetuximab in heavily pre-treated HER2+ breast cancer patients in the Phase III SOPHIA study is getting a largely positive response.

Expectations had been high following the company’s announcement in February of a significant 24% reduction in risk for progression or death, with a trend in favor of overall survival (OS) progression-free survival (PFS) data in SOPHIA, which tested margetuximab with chemo versus Roche's pioneering HER2 therapy Herceptin (trastuzumab) with chemo in women who already had been treated with Herceptin, as well as Roche's other HER2-targeted therapies Perjeta (pertuzumab) and Kadcyla (ado-trastuzumab emtansine). The Rockville, MD-based firm’s share price on the NASDAQ shot up by 130% on the news as a major overhang on the stock was lifted.

MacroGenics' BLA for full approval in the US is under way and the company already has established a manufacturing facility in preparation for a launch.

MacroGenics said it recently had a pre-BLA meeting regarding margetuximab with the US Food and Drug Administration (FDA). The company plans to submit a US biologics license application (BLA) in the second half of 2019.

For the exploratory CD16A 158F allele subpopulation, the median OS was prolonged by 6.8 months in the margetuximab arm compared to the trastuzumab arm, a “whopping improvement”, BTIG analysts said in a 15 May analyst note.

A second pre-specified interim OS analysis based on 270 events is due to be conducted in the second half of this year, with the final pre-specified OS analysis planned after 385 events have accrued, which is projected to be completed in 2020.

“The OS effect could fluctuate, but based on landmark trials like CLEOPATRA (Perjeta + Herceptin vs. Herceptin in earlier mBC), a greater than two-fold effect in OS vs PFS seems reasonable,” the BTIG analysts continued.

Biomedtracker/Datamonitor analysts agreed these were encouraging updated results. “Although the absolute benefit may seem minimal, the relative improvement in PFS and trending OS increase are decidedly positive given there are no standard regimens for these patients and a Herceptin retreatment comparator is a good approximation for real-world treatment practice.”

However, they note that there is competition on the horizon. “This lack of available treatments may not last too much longer, however. AstraZeneca PLC and Daiichi Sankyo Co. Ltd. are moving toward regulatory submission of their HER2-targeted ADC, trastuzumab deruxtecan, after it met its primary endpoint in the Phase II DESTINY-Breast01 trial, although the full dataset was not disclosed.”

But other analysts were less enthused with the SOPHIA data. Those at Credit Suisse said in a 15 May investor note that the abstract “served up more questions than answers.” The analysts said the less than one month PFS improvement over Herceptin in the overall population was “weaker than anticipated”; they had been hopeful before the abstract drop of a net mPFS benefit slightly below two months. “Physician experts with whom we have been consulting were hoping for a benefit of at least two months compared to Herceptin, which they would consider practice changing in this third-line setting of patients who progressed on Herceptin/Perjeta/Kadcyla.”

They acknowledged that the CD16A 158F data were “more intriguing … suggesting that CD16A 158F could be a biomarker of significant importance for pretreated HER2+ patients.” However, there is not yet a commercializable form of the diagnostic test.

Amgen Inc. is revealing the first in-human data for its small-molecule inhibitor of KRASG12C, dubbed AMG-510, in patients with locally-advanced or metastatic KRASG12C mutant solid tumors.

AMG 510 has been well tolerated at the dose levels tested and has shown antitumor activity when administered as monotherapy to patients with advanced KRASG12C mutant solid tumors. Maximum tolerated dose has not been determined, and enrollment into the dose exploration cohort is ongoing.

The specific KRASG12C mutation accounts for approximately 12% of all KRAS mutations across tumor type, Amgen said, and it is exploring the potential of KRASG12C inhibition across a broad variety of tumor types.

“While it may be too early to fully put these results into context, the first-in-human data for AMG 510 shown here are noteworthy given the high unmet need for effective targeted agents for KRAS mutant patients,” said the Biomedtracker/Datamonitor analysts. KRAS mutations are one of the most frequently observed aberrations in NSCLC and colorectal cancer, but efforts to specifically target mutant KRAS have not yielded an approved KRAS-targeted agent to date.

“We believe that two out of six NSCLC patients experiencing a partial response is encouraging, given that most patients (17/22) enrolled in the study so far were treated with more than three prior lines of therapy. However, we are cautious about over-interpreting the response rate so far given the small number of patients evaluated and the fact that the maximum tolerated dose was not determined at the time of the data cutoff.”

The analysts said they would now watch for any changes to the efficacy signal, as well as further details on the safety of the drug at the recommended Phase II dose. Amgen disclosed that it was able to determine a target dose, and will move forward with additional trials, including a study in combination with a checkpoint inhibitor.

Morgan Stanley analysts added in a 15 May research note, “While we acknowledge that the data is early, we find it encouraging that there appears to be a signal in NSCLC at the low doses evaluated in the initial dose cohorts. The initial safety profile also appears clean…”

Celgene Corp. is to present the first positive results for the orally-available thalidomide analog (IMiD) cereblon modulator, iberdomide (CC-220), in relapsed/refractory multiple myeloma in combination with dexamethasone. Together the drugs showed favorable efficacy and safety in heavily pretreated patients who had failed multiple prior therapies.

Iberdomide, an immunomodulatory compound,is also under development for systemic lupus erythematosus (SLE). Like Celgene’s older products lenalidomide (Revlimid) and pomalidomide (Pomalyst), iberdomide binds to cereblon but with a higher affinity. Data from a Phase IIa trial were disclosed in 2017 for SLE, but these are the first data for multiple myeloma. (Also see "Celgene's Terrie Curran On Building, Broadening The I&I Franchise" - Scrip, 4 Apr, 2018.)

“The 31% overall response rate in this dose escalation trial matches the response rate seen for NIMBUS, a pivotal Phase III trial that evaluated Pomalyst combined with low dose dexamethasone in patients with refractory multiple myeloma who have failed at least two prior therapies with both bortezomib and lenalidomide,” the Biomedtracker/Datamonitor analysts said.

The safety profile at this point seems more favorable than that reported for Pomalyst in the NIMBUS trial with regards to grade 3/4 neutropenia (26% vs 48%), thrombocytopenia (11% vs 22%), and fatigue (0% vs 5%). “Both Revlimid and Pomalyst carry black box warnings on their labels for venous thromboembolism, a larger trial will be required to determine if this is also seen with iberdomide.”

Celgene is also down to present the first efficacy results for lisocabtagene maraleucel (liso-cel) in mantle cell lymphoma from the Phase I TRANSCEND NHL 001 study, which the Biomedtracker/Datamonitor analysts concluded showed tolerable toxicity and had clinical activity.

Celgene is due to file a BLA with the FDA for liso-cel as a treatment for relapsed or refractory diffuse large B-cell lymphoma (DLBCL) in the second half of 2019. (Also see "Celgene Gives Reassurances That Key Products And Programs Remain On Track" - Scrip, 31 Jan, 2019.)

The Menlo Park, CA-based Forty Seven Inc., which is developing “next-generation” IO treatments, is to present promising initial data from its first-in-class anti-CD47 antibody Hu5F9-G4 (also called 5F9) as a monotherapy and in combination with azacitidine for the treatment of acute myeloid leukemia (AML) and myelodysplastic syndrome (MDS).

The early results for the anti-CD47 antibody Hu5F9-G4 combined with azacitidine in newly diagnosed AML not suitable for intensive chemotherapy are encouraging. “With 50% of AML patients (5 of 10) achieving a CR/CRi response, this compares to recently approved Venclexta which reported a 66% CR/CRi response rate when combined with azacitidine in the same AML setting,” said Biomedtrakcer/Datamonitor Healthcare analysts. “This is the second Hu5F9-G4 trial to show signs of efficacy; at ASCO 2018, Forty Seven presented encouraging results for Hu5F9-G4 combined with rituximab in DLBCL.”

Forty Seven Inc. has signed immuno-oncology deals with Merck of Germany and Roche that will see the launch of several combination studies for their PD-L1 inhibitors and Forty Seven's promising investigational CD47 antibody.

“Given that azacitidine monotherapy has a typical response rate of 15-25% in naïve patients, we view the 50-60% response rate achieved for the combination as encouraging,” Morgan Stanley analysts said in a 15 May research note. “The fact that there is also some monotherapy activity is also important.”

An update to Iovance Biotherapeutics Inc.’s ongoing Phase II study C-145-04 (innovaTIL-04) of LN-145 tumor-infiltrating lymphocyte (TIL) therapy in patients with advanced cervical cancer who have undergone at least one prior line of chemotherapy showed an ORR of 44% (one complete response, nine partial responses and two unconfirmed partial responses) and a disease control rate of 89%.

At 3.5-month median study follow-up, 11 out of 12 patients maintained a response.

Despite the small sample size, these early results show promising signs of efficacy for LN-145 in cervical cancer, according to the Biomedtracker/Datamonitor Healthcare analysts. “The 44% ORR is a large improvement over an earlier data cut from October 2018 and now compares well to historical response rates for approved therapies Avastin and Keytruda.”

Jefferies analysts agreed. “The data are significantly better than those reported in the Keytruda Phase II trial where 14% ORR was observed in only PD-L1+ patients. Furthermore, the Keytruda trial enrolled a less sick patient population with a median of 1-2 prior lines of therapy," they said. "We believe this improved response rate in cervical trial is partially contributed by Iovance's Gen2 manufacturing process, which presumably produces younger T-cell phenotype through shorter culture time.”

Iovance Biotherapeutics CEO On TIL Immunotherapy For Solid Tumors

2018 will be a big year for the clinical stage biotechnology company, which is banking on progressing novel tumor infiltrating lymphocytes for the treatment of solid tumors.

Iovance expects to meet the FDA later this year to discuss a regulatory path forward for LN-145.

“In our view, this dataset should enable a regulatory path of single-arm design for pivotal trial. If FDA allows a single arm trial, IOVA could be submitting regulatory approval for two indications – melanoma and cervical cancer – by year end '20, which is a probability that the market is significantly discounting,” the Jeffries analysts said in a 15 May research note.

Also significant for the product and the company is that in another study in melanoma, innovaTIL-01, no responders have progressed since the last update at the Society for Immunotherapy of Cancer meeting last November, they added.

“We think the ASCO update suggests Iovance’s TIL therapy could open the door for cell therapy in lucrative solid-tumor market.”

Finance Watch: A Rough Week To End A Bad Month For Biotech Stocks