What Late-Breakers To Look Out For At ASCO 2019

Delegates at this year’s ASCO meeting in Chicago will hear late-breaking clinical data for a number of studies from AstraZeneca, Novartis, Pfizer, Astellas, Merck & Co and Seattle Genetics which are set to shake up their respective markets. There will also be more clarity on where Lilly’s Lartruvo went so wrong. 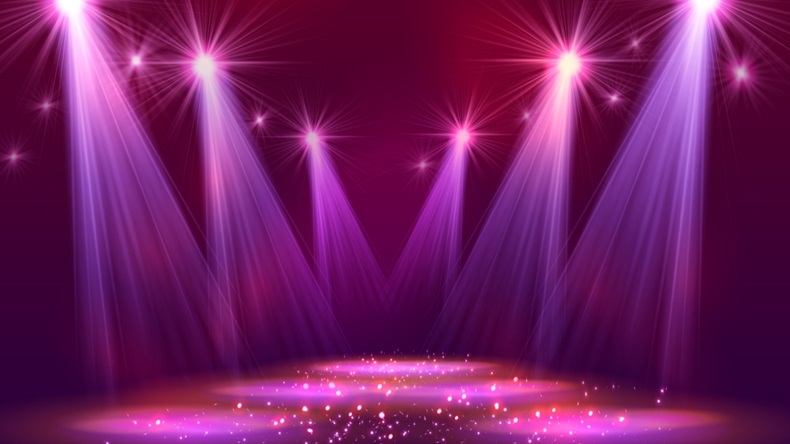 ASCO drew back the curtain on 15 May on what to expect at its annual meeting later this month, providing a sneak peek as to what will be presented during its late-breaking sessions. Drawing on a ASCO preview report from Pharma Intelligence’s Biomedtracker and Datamonitor Healthcare, here is a look at the most notable studies for the industry that will be in the spotlight at the Chicago meeting from 31 May to 4 June.

The companies announced in February that the POLO trial met its primary endpoint of improving progression-free survival (PFS) in BRCA-mutated pancreatic cancer patients whose disease had not progressed on first-line chemotherapy. At that time, AstraZeneca’s global medicines lead for Lynparza, Greg Rossi, said a 2020 approval was on track, based on the high unmet need in this indication.

AstraZeneca and Merck & Co hope Lynparza will soon have a third treatment indication after their PARP inhibitor became the first to demonstrate a benefit in germline BRCA-mutated metastatic pancreatic cancer, having hit targets in the Phase III POLO trial.

Lynparza received US orphan drug designation for pancreatic cancer in 2018, and AstraZeneca plans to file for approval in the second half of 2019.

Lynparza is ahead of its rival PARP inhibitors Pfizer Inc.’s Talzenna (talazoparib) and Clovis Oncology Inc.’s Rubraca (rucaparib), both in terms of sales and development stage in pancreatic cancer. Talzenna and Rubraca are both in Phase II for pancreatic cancer, while GlaxoSmithKline PLC/Tesaro Inc.’s Zejula (niraparib) does not appear to be in clinical development for this indication. GSK moved into the space with the bid for Tesaro last December, and intends to expand the drug into multiple tumor types.  (Also see "GSK Embraces PARP Promise With Tesaro Buy" - Scrip, 3 Dec, 2018.)

In 2018, AstraZeneca reported Lynparza sales of $647m, representing year-over-year growth of 118% (116% at CER), driven by expanded use in the treatment of ovarian cancer and the its first breast cancer approvals. The recent approval of Lynparza as a first-line treatment of patients with BRCAm ovarian cancer in the US, which was received earlier than expected, is expected to support further expanded use. (Also see "First-Line Ovarian Cancer Approval Solidifies Lead For AstraZeneca's Lynparza " - Scrip, 19 Dec, 2018.) This was based on the highly positive SOLO-1 study, which showed that maintenance therapy with the PARP inhibitor extended PFS by three years in this setting. (Also see "Stellar Survival Data For AZ's Lynparza Hailed At ESMO" - Scrip, 22 Oct, 2018.)

Can Kisqali Go One Better In Breast Cancer?

In a CDK4/6 inhibitor showdown, observers will be keen to see if Novartis AG can up the ante in first-line metastatic HR+/HER2- breast cancer by reporting the first significant benefit in overall survival (OS) with a drug from this class in its latest update from the Phase III MONALEESA-7 trial of Kisqali (ribociclib) (LBA1008).

Kisqali and Eli Lilly’s Verzenio (abemaciclib) have been chasing Pfizer’s class-leading Ibrance (palbociclib) in this lucrative indication, and an OS benefit would give Kisqali a competitive boost.

Ibrance, which had a two-year head start in the market, narrowly missed its OS endpoint in postmenopausal metastatic HR+/HER2- patients that progressed on prior endocrine therapy in the Phase III PALOMA 3 trial. “However, in that trial Ibrance did significantly improve OS in a subgroup of patients that remained sensitive to prior endocrine therapy despite progression,” noted the Biomedtracker analysts.

Pfizer's Ibrance has a strong lead in the CDK4/6 space, but Novartis' Kisqali and Lilly's Verzenio are looking to carve out their own niches, expand the category and move into earlier treatment settings. Another scramble is on as well, to answer the question: what comes next?

MONALEESA-7 is testing the drug in premenopausal patients, who generally have a poorer prognosis. The drug was first approved in 2017 for first-line use in postmenopausal patients, and its indication was expanded late last year in the US and EU to include pre and perimenopausal women based on the MONALEESA-3 and -7 studies. Kisqali’s first-quarter sales grew by 115% to $91m driven vy this expanded label, the company said. Such sales, however, are still a far cry from Ibrance’s revenues of $1.13bn over the same timeframe.

“Positive OS results from this trial are likely given the LBA [late-breaker abstract] status, but also because of the recent trend of next-generation hormone therapies demonstrating strong efficacy in earlier prostate cancer patient segments,” the analysts said. Xtandi has already demonstrated a 61% reduction in radiographic progression or death over ADT in a similar patient group in the Phase III ARCHES trial; PFS and OS results are not mature. (Also see "Pfizer, Astellas Accelerate Xtandi's Timeline In Early Prostate Cancer" - Scrip, 23 Aug, 2018.)

“Strong survival results from ARCHES, with a boost from ENZAMET, will be important as competing next-generation hormone therapies such as Johnson & Johnson’s Zytiga and Erleada are also sliding up the treatment algorithm.”

How The Prostate Cancer Market Will Look Over Next Decade

As generic competition to J&J's Zytiga starts to line up ahead of possible launches in October, Datamonitor Healthcare has been weighing up the prostate cancer therapy space and seeing where the future competition will come from for Pfizer and Astellas' market leader Xtandi.

Zytiga (abiraterone acetate) was approved for use in metastatic high-risk castration-sensitive prostate cancer, a somewhat similar patient population to that of the ENZAMET trial, in February 2018, and Erleada (apalutamide) is under review by the FDA for metastatic castration-sensitive prostate cancer based on the Phase III TITAN trial, which met both PFS and OS primary endpoints. (Also see "Erleada Keeps Pace With Xtandi After Positive TITAN Study" - Scrip, 31 Jan, 2019.)

Also in the mix in this area is Bayer’s investigational androgen receptor antagonist darolutamide, which is awaiting EU and US approval non-metastatic castration-resistant prostate cancer.

Can Keytruda Make Any Headway In Front-Line Gastric Cancer?

Merck & Co’s all-conquering PD-1 inhibitor Keytruda (pembrolizumab) has already been approved for PD-L1-positive gastric cancer patients in the third-line or later, but ASCO will see the presentation of the drug’s initial Phase III data in the first-line setting (LBA4007).

“It is likely that the numerical data presented [at ASCO] will help shed some light on potential reasons for this outcome. Furthermore, the data may help better define the drug’s chances of success in its other Phase III trials in the first-line setting, KEYNOTE-859 and KEYNOTE-811,” the analysts said.

The full Biomedtracker/Datamonitor Healthcare preview can be found here.

Keytruda had already disappointed in the Phase III KEYNOTE-061 in second-line advanced gastric cancer in late 2017, missing both OS and PFS endpoints, but that failure had little commercial impact as it did not lead to any change in the product’s labelling despite it coming after an accelerated US approval in third-line PD-L1-positive advanced/metastatic gastric cancer (for use after fluoropyrimidine- and platinum-containing chemotherapy and, if appropriate, HER2/neu-targeted therapy). (Also see "Commercial Fallout From Merck's Failed Keytruda Gastric Cancer Trial May Be Limited" - Scrip, 15 Dec, 2017.)

Top-line results for EV-201 released in March 2019 showed an impressive 44% overall response rate in urothelial cancer patients that had previously received treatment with both platinum-based chemotherapy and a PD-1/PD-L1 inhibitor. The duration of responses was not given but reported to be consistent with that in a previous Phase I study (EV-101; estimated median PFS and OS were 5.4 months and 12.5 months), and the most common treatment-related adverse events included fatigue, alopecia, decreased appetite, rash and peripheral neuropathy. (Also see "Enfortumab Vedotin Impresses In Urothelial Cancer After Chemo, Immunotherapies" - Scrip, 28 Mar, 2019.)

PD-1/PD-L1 inhibitors have become an important part of bladder cancer treatment, but with limited treatment options for patients that relapse or are refractory to these agents, there is an increasing need for effective drugs in the post-PD-1/PD-L1 setting, the analysts said. “We expect more detailed results to be shown at the ASCO presentation and will be looking for consistency with the earlier readout.”

Enfortumab vedotin appears to be the only ADC targeting nectin-4, a transmembrane antigen expressed in several tumors including urothelial cancer. Astellas has previously estimated the peak potential size of the market for the anticancer at JPY50-100bn ($500m-$1bn).

Where It Went Wrong For Lilly’s Lartruvo In Sarcoma

Finally, interested parties will be able to pick over the bones of Eli Lilly’s failed Phase III ANNOUNCE study of Lartruvo (olaratumab), which led to the withdrawal of the sarcoma therapy from the market. The study provides a cautionary tale for regulators on the of the risks of issuing quick conditional approvals on the back of early-stage promise that withers in Phase III (LBA3).

Lilly will present the first numerical results from ANNOUNCE, which tested it in combination with doxorubicin against placebo and doxorubicin in patients with advanced or metastatic soft tissue sarcoma but did not meet the primary endpoints of overall survival (OS) either in the full study population or in the leiomyosarcoma (LMS) subgroup. (Also see "Lartruvo Phase III Fail Rocks Lilly Oncology Plans" - Scrip, 21 Jan, 2019.)

The failure, announced in January, and Lartruvo’s subsequent revocation of marketing authorization in all geographies have left Lilly facing associated charges expected to be 0.13 cents per share in 2019. Until then, the product had been a decent contributor to Lilly’s balance sheet, posting sales of $203m in 2017 and $305m in 2018, and consensus forecasts were $500-$600m by 2022-2023.

News that the soft tissue sarcoma drug will come off the market after its confirmatory trial failed to verify clinical benefit spurs Memorial Sloan-Kettering’s Peter Bach to ask whether Lilly will refund money to payers.

“These results will provide much needed clarity following the January 2019 news that the study failed to impart a survival benefit despite the positive results in the Phase I/II JGDG trial that were used for accelerated approval in a similar patient population,” the analysts said.

Lartruvo, a platelet-derived growth factor receptor alpha (PDGFR-α) blocking antibody, was approved in late 2016 the US under an accelerated procedure for use in combination with doxorubicin, for the treatment of adult patients with soft tissue sarcoma with a histologic subtype for which an anthracycline-containing regimen is appropriate and which is not amenable to curative treatment with radiotherapy or surgery. (Also see "Lilly's Lartruvo Scores Broad FDA Approval In Orphan Sarcomas" - Pink Sheet, 19 Oct, 2016.)

Lilly has not given up on the drug, however. It has trials ongoing in advanced or metastatic soft tissue sarcoma including a study testing it in combination use with Merck & Co. Inc.’s Keytruda, and it is also testing it in a Phase I/II trial in combination with nab-paclitaxel and gemcitabine in first-line metastatic pancreatic cancer.