VBL Of Israel Has High Hopes For Cancer Gene Therapy

The Nasdaq-listed company tells Scrip it is confident VB-111 will prove to be a valuable treatment with interim Phase III data due by year-end in ovarian cancer. 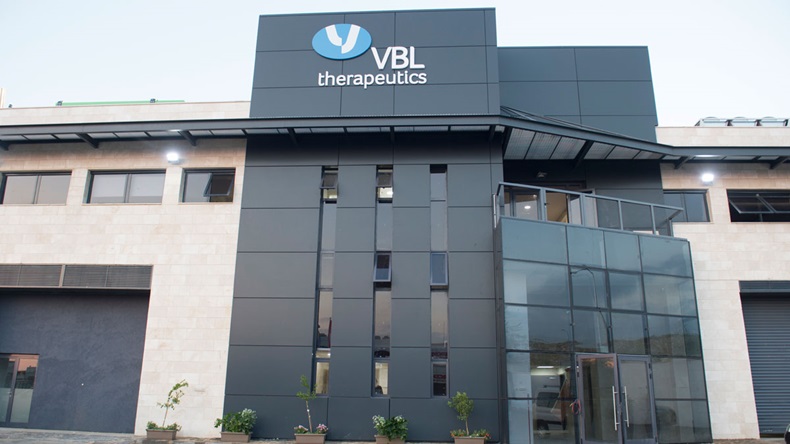 Source: VBL VBL can manufacture its own gene therapy at this facility

VBL Therapeutics believes that its gene therapy ofranergene obadenovec (VB-111) has the potential to be a first-in-class treatment for ovarian cancer and other solid tumors, including brain cancer, despite the Israeli company's Phase III setback for that indication last year.

Nasdaq-listed VBL saw its stock sink in March 2018 when the GLOBE study of VB-111 combined with Roche's Avastin (bevacizumab) in patients with recurrent glioblastoma multiforme (rGBM) failed to meet its primary endpoint of overall survival. The negative topline data were clearly disappointing but in a recent interview with Scrip, business operations chief Erez Feige said that the firm had learnt a lot from GLOBE and why promising Phase II data were not repeated in the late-stage study.

"We were a little bit down after the rGBM trial but we are starting to recover," he claimed, adding that "I think the market overreacted a little bit. It is a tough indication." The firm has been looking at the hypothesis that concomitant treatment with Avastin may have a negative effect on VB-111 activity and is convinced that the GLOBE data do not reflect on the potential of the therapy in other indications.

It's bad news for Israel's VBL as the company's lead gene-based biologic has failed in a critical Phase III trial in brain cancer – the pressure is on now for success with this drug candidate in ovarian cancer.

Feige noted that there is still a lot of interest among key opinion leaders as to whether VB-111 could still be considered as a potential rGBM treatment and recruitment in an investigator-sponsored study is expected to commence shortly, with the trial being conducted at top neuro-oncology centers in the US. However, the priority for VBL now is testing VB-111 in platinum-resistant ovarian cancer.

The Phase III OVAL trial is set to enroll 400 patients and an interim efficacy readout is expected by the end of 2019. VBL said its modified protocol "takes into account lessons learned from GLOBE," in that VB-111 is administered with chemotherapy (paclitaxel) rather than Avastin, a combination that has worked well preclinically and in Phase II, including in patients whose tumors progressed on prior treatment with the Roche blockbuster.

The company also expects to launch a Phase II trial with the National Cancer Institute in the US, exploring VB-111 in colon cancer in combination with a checkpoint inhibitor in the second half of 2019. Further back, VBL is excited about its programs targeting the MOSPD2 protein, developing monoclonal antibodies for inflammation that have demonstrated significant potential for multiple sclerosis, rheumatoid arthritis and nonalcoholic steatohepatitis (NASH); bispecific antibodies targeting MOSPD2 for oncology indications are being evaluated, with investigational new drug filings expected in 2020.

"The idea was always to try to be a company with more than one egg in one basket, not just a one trick pony, a company that was able to bring in different types of technologies in order to be more diverse and have some backup, because drug development is not an easy task," Feige said.

On the financial front, VBL is in decent shape. At the end of 2018, it had $50.5m in cash and equivalents and with a burn rate of approximately $16m per year, "we've got about three years of cash which is not bad," Feige said. Like a number of biotechs in the country, the firm has benefited from government money and in February bagged another non-dilutive grant worth around $2.9m from the Israel Innovation Authority (IIA) to support continued development of VB-111 for 2019.

VBL has received around $20m in total from the IIA which Feige said represented not only "a vote of confidence in the company and its technologies but also a vision of the state of Israel, which is trying to help the industry bridge the gap from basic R&D to the more advanced stage." As to how far VBL can go, he said the strategy "is not to find a quick exit and a big headline in the newspaper. The vision is to become a real biotech that develops innovative therapies but on the other hand, we are aware of our limitations."

Feige noted that "as we are getting closer to the market, we will need to have a partner that will help us commercialize VB-111," at least for the bigger indications. If it proves to have potential in an orphan disease, "you might be able to handle that yourself as a small company but ovarian, breast or lung cancer, it's every hospital in the world. We cannot do that."

One licensing deal is already in place for VB-111 with NanoCarrier having bought the Japanese rights in November 2017. VBL received an upfront of $15m and is entitled to receive over $100m in development and commercial milestone payments, plus tiered royalties in the high teens.

VBL may be small, with about 40 employees, but Feige stressed that "we are not a virtual company." It moved a year and a half ago to a larger site in Modiin, which houses its clinical and drug discovery operations as well as a current good manufacturing practices (cGMP) facility that can cope with making product for late-stage trials and commercialization and should satisfy US and European regulators.

"We needed to have control over that process," he said, adding: "we had to master the know-how so we were able to produce it ourselves and I think that it's a huge advantage. If you're a small gene therapy company, and you're dependent on somebody to manufacture your drug candidate, nowadays there's actually a backlog to get the slot which would really be delaying your clinical trials."

VBL looks well placed to become a success story in the burgeoning Israeli biotech sector and Feige noted that "we have had really good science coming out of universities and now there's more and more companies trying to fil the gap, trying to advance products to the market."

VBL will be presenting as part of the oncology track at MiXiii Biomed, Israel’s leading international life science conference and exhibition, taking place on May 14-16 in Tel Aviv.