J.P. Morgan 2019: Industry Throws A Bonanza, With An Elephant In The Room

Major deal news and exciting science lent a boisterous vibe to the drug industry's big annual business meeting. But US drug pricing and macro political issues are factors industry can't ignore – even though it tried to. 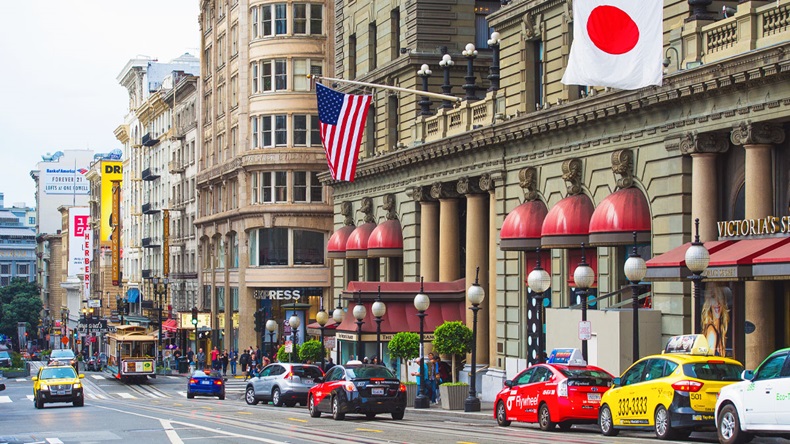 The drug industry's biggest business meeting of the year, the J.P. Morgan Healthcare Conference, kicked off with a bang Jan. 7, with deal news that set an animated tone for the four-day meeting.

On the opening day, Eli Lilly & Co. announced an $8bn acquisition of genetics-based cancer company Loxo Oncology Inc.. That announcement, coming just days after Bristol-Myers Squibb Co. unveiled a $74bn merger with Celgene Corp. and weeks after GlaxoSmithKline PLC moved on Tesaro Inc. for $5.1bn, triggered a feeling of optimism that 2019 will be a big year for deal-making – with plenty of speculation about what that will look like. (Also see "Bristol/Celgene Made Perfect Sense, But Doesn’t Promise Big M&A Year, EY Says" - Scrip, 8 Jan, 2019.)

Other corporate updates trended positively, one of the biggest being SAGE Therapeutics Inc.'s positive Phase III data readout for an oral pill for post-partum depression, which could have even bigger commercial potential in major depressive disorder. (Also see "Bristol/Celgene Made Perfect Sense, But Doesn’t Promise Big M&A Year, EY Says" - Scrip, 8 Jan, 2019.) The news sent the company's stock soaring 49% the day of the announcement, while Sage also awaits FDA approval of its first commercial drug, Zulresso (brexanolone), in March.

Most of the updates at J.P. Morgan were largely incremental, but maturing programs in highly innovative areas like gene therapy, cell therapy and RNA have drug makers and investors enthusiastic about the year ahead.

Nonetheless, growing public backlash over US drug pricing and gathering political headwinds, including a range of policy proposals aimed at curbing drug costs, cast a shadow over the whole affair. Industry tried its best to keep its head down and bask in the momentum, even as HHS Secretary Alex Azar launched a Twitter thread Jan. 9 berating industry over continued list price increases.

Innovation Worth Paying For

Those executives that were willing to address US drug pricing seemed to have landed on a collective message: innovation is worth paying for.

Regeneron Pharmaceuticals Inc. President George Yancopoulos argued passionately for industry to push back on some of the rhetoric and preserve innovation during the company's presentation in the Westin St. Francis.

"Yes, there are bad players. Yes, there are pricing problems. Yes, there are cost issues in all this, but we need innovation, and we have to protect it," he said. "Whatever solutions are put in place, there is nothing more important to our future as a society and as human beings than to continue supporting and, in fact, increase the incentives for innovation."

Novartis CEO Vas Narasimhan, to his credit, is stepping up as industry's leader on drug pricing, even as his company is getting ready to launch what could be the most expensive drug ever – the gene therapy AVXS-101 for spinal muscular atrophy.

He was one big pharma chief executive to take some ownership for industry's public perception problems in his presentation to investors in the grand ballroom, and he also participated in a Q&A on drug pricing held by J.P. Morgan.

"I'm very, very passionate about building trust with society," he said. "I believe our role as an industry over 100 years is incredibly important to society." But, "We've lost the trust of society by our behaviors."

Smaller biopharmas were even less interested in reflecting on the macro environment. As Sarepta Therapeutics Inc. CEO Doug Ingram put it in an interview, "I am myopically focused. As an organization, we spend our time head down executing against our plans."

Last year at J.P. Morgan there was a lot of debate around rebate reform – and finger-pointing between pharma manufacturers and pharmacy benefit managers – but this year there was less policy debate, even as industry awaits word from HHS on rebate reform and a slew of other proposals that could represent a hit to pharma revenues have been announced. (Also see "Rebate Reform: Big Changes Are Looming For The US Drug Market" - In Vivo, 12 Nov, 2018.)

There was hardly even a mention of President Trump's drug pricing blueprint released in May. The consensus seemed to be to wait and see which proposals are actually going to move forward before beating any drums.

"I think companies are staying engaged. It's a top of mind head wind for them to think about, but they are not deterred from focusing on product roles, new pipelines," PwC's US Pharmaceutical and Life Sciences Leader Karen Young said in an interview.

Biogen Inc. CEO Michel Vounatsos, asked about HHS' proposed international pricing index for some Medicare Part B drugs, responded, "If it were to be passed there will be a reset for the entire industry … and the people that will win are the people who are able to innovate."

Generally, there was a sense that industry has emerged from a reset in 2018, having digested the impact of US corporate tax reform, and in some cases new leadership and structures, prepared to execute on highly focused strategies.

GlaxoSmithKline PLC CEO Emma Walmsley and Novartis AG' Narasimhan are two new leaders with big ambitions to turn their big pharma engines into more nimble and innovative operations. Both have had time now to put their leadership teams in place and begin making cultural adjustments.

"It's that next layer of leadership that pushes a culture change through a very complex organization," GSK's Oncology Therapeutic Area Head Axel Hoos said in an interview about the changes underway at GSK. "I can feel it. It has arrived, at my level, and it is arriving now at other people's level. It trickles through the organization."

Pfizer Inc. also has a new CEO, Albert Bourla, who debuted in the Grand Ballroom Jan. 8 having just taken the reigns from Ian Read Jan. 1, while Gilead Sciences Inc.'s new CEO Daniel O'Day won't officially take over until March 1. It remains to be see how they will reshape their respective companies, but Bourla guided Pfizer investors to expect that he will continue to execute on the strategies put in place by Read.

Gene therapy was the big buzz phrase around the streets of San Francisco over the course of the meeting, with everyone from investors to scientists to business development executives and commercial players all talking about the potential for one-time cures that could be on the horizon. Companies like Novartis, Spark Therapeutics Inc., Sarepta Therapeutics Inc., bluebird bio Inc. and Voyager Therapeutics Inc. have emerged as early leaders in the field and lots of others are hoping to stake a claim.

The neuroscience specialist Denali Therapeutics Inc. announced it is moving into gene therapy Jan. 9 through a partnership with Sirion Biotech, a developer of viral vector-based gene delivery technologies, to develop adeno-associated virus (AAV) vectors to get therapeutics to cross the blood-brain barrier, with the aim of developing a broad portfolio of product candidates for neurodegenerative disease.

Biogen Chief Medical Officer Alfred Sandrock reaffirmed the company's commitment to gene therapy in an interview. "We are aware of what is going on and we are looking at everything. It is likely that we will want to partner."

Gene therapy is going to be a big therapeutic area for deals, along with oncology, PwC's Young predicted.

"I think the key question is who are going to be the key players in that area, because it's not simple," she said. "I think they are all looking." But she added, "You have to know what you choose not to do as well and be able to articulate why aren't you going into that space."

Pricing for the expensive one-time gene therapies was a popular topic at J.P. Morgan. Bluebird CEO Nick Leschly laid out a plan to introduce a payment installment plan for its Lentiglobin gene therapy, which he said could be priced around $2m. It's the first time a drug company has detailed such a payment scheme. The drug is pending in Europe for beta-thalassemia and is on track for approval in the US in 2020.

Narasimhan also confirmed that Novartis is thinking about similar payment plans for AVXS-101. "I think we are prepared and planning on bringing out amortization models that would allow healthcare systems and payers to pay over time for these therapies based on the outcomes they deliver," he said. "The industry needs to put forth those models and then the payer systems need to adapt to be able to use those models, and that is a very different conversation."

With the building excitement around gene therapy and signs of progress tackling hard-to-treat rare diseases, cancer and neurodegenerative diseases, and with multi-billion dollar deals afoot after a lackluster 2018, industry was ready to accept a clap on the back at J.P. Morgan. But the reality is that the year could also deliver plenty of smacks.

A Muted J.P. Morgan, But The Focus Is Execution – And That's Good News

J.P. Morgan 2020: What To Watch For At The Industry’s Biggest Meeting

US Drug Pricing: What A Difference A Year Makes

Rebate Reform: Big Changes Are Looming For The US Drug Market