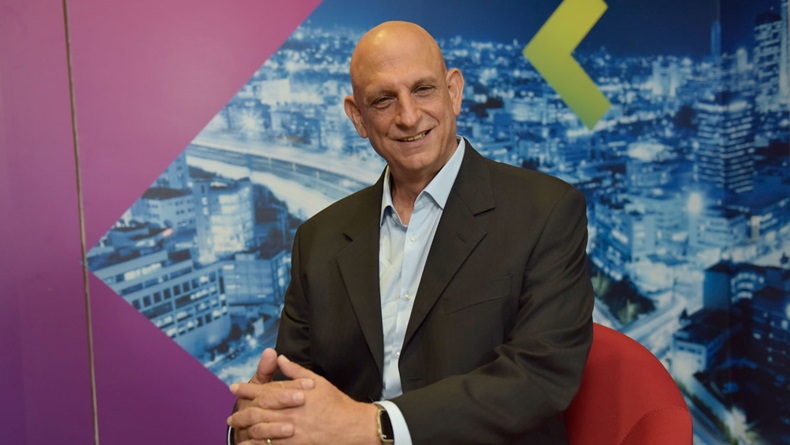 In its 70th anniversary year, Israel can rightly celebrate the boom in its high-tech sector over the last couple of decades. But while ICT companies lead the country's economy the Israeli government is set on promoting advancement in other high-tech fields, including biopharma – currently, a less developed industry.

Despite a wealth of promising research spilling from the country's universities and establishments like the Weizmann Institute of Science, Israel has three key hurdles to overcome to facilitate a biopharma ecosystem that can compete on a global scale: its big pharma void; limited access to experienced management teams; and restricted funding options for emerging businesses.

On a visit to Israel, Scrip discussed these challenges with local companies, investors and the head of the Israel Innovation Authority, Aharon Aharon, to get insight into how the country will continue to grow its biopharma industry.

There is limited R&D activity by innovative big pharma companies in Israel and this presents a challenge for the whole sector as businesses seek to grow and foster new technologies and top level talent. While Teva Pharmaceutical Industries Ltd. has a huge presence in the country, the ailing pharma company has slipped from its top spot in the region's corporate economy. Teva's decline is having a ripple effect on the sector. In any case, as a predominantly generics business, the company does not fulfill the biopharma field's need for a strong big pharma R&D presence. (Also see "Schultz Swings The Cleaver At Teva, Cutting 25% Of The Workforce" - Scrip, 14 Dec, 2017.)

Aharon, CEO of the Israel Innovation Authority – an organization founded in Israel around 45 years ago, that was previously known as the Office of the Chief Scientist of Israel’s Ministry of Economy – recognized that the lack of global pharma companies in Israel was an issue that had impacted growth of the sector. However, he said good news was expected on this front soon. In 2018, Aharon hinted at negotiations with a top 20 pharma player to establish business in Israel, not just for R&D but including manufacturing. He added that this would likely not be mass manufacturing but facilities for prototype manufacturing – a big step forward for the pharma field in Israel.

Aharon also told Scrip the authority was keen to foster the entrepreneurial spirit held by Israel's ICT sector and replicate this in biopharma. The mission of the Innovation Authority is to create economic prosperity by encouraging and supporting innovation, and strengthening public-private partnerships designed to stimulate R&D in several sectors.

The industry already has a few leaders – more advanced companies with years of experience under their belts such as Compugen Ltd. and BioLineRx Ltd. – but younger businesses are emerging that could change the face of Israeli biopharma industry.

There are many biopharma startups in Israel, venture capital interest in the sector has grown substantially and surges of companies are coming from incubator initiatives and securing funding to get off the ground with new technologies.

However, while emerging companies make up a healthy sum of Israel's biopharma field, getting to the next level is proving a challenge for some. A weakness for the biopharma sector was being able to scale companies, Simone Botti, CEO of Metabomed, told Scrip. This is driven, in his opinion, by a lack of seasoned biopharma managers with the experience to take companies from preclinical and early-stage developments into large-scale, registrational studies.

How to attract these experienced biopharma managers to Israel is a "chicken and egg problem," Aharon noted. To draw in experienced management teams, there needs to be an established industry for them to be a part of. "Most of these managers are not are not looking to build something from scratch because they have already managed a few hundred people," Aharon highlighted. "But we are trying to solve this by bringing anchor companies to Israel," he said, nodding to the fact that the country still needs to entice pharmas to establish R&D units in Israel.

Botti, whose company Metabomed was founded in 2014 and is focused on targeted cancer therapy development, said more needed to be done to entice Israelis back home from where they have been working in management roles abroad. 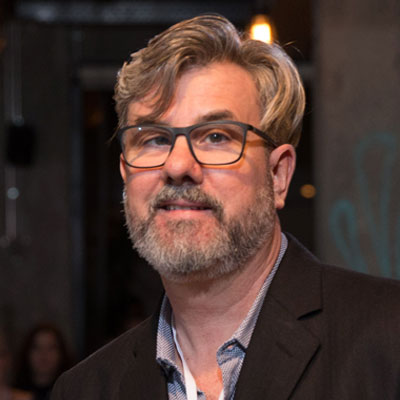 Botti highlighted that Metabomed, a preclinical stage company, had "very strong abilities when it comes to computational biology and metabolic research." He added that emerging businesses like Metabomed in Israel tend to invest a lot more "in the nuts and bolts of the company: we build bottom up and during discovery this is important."

The culture of work at Metabomed is "extremely flexible, open and built for delivering high quality science very fast," he said, noting that the company's team of around 10 employees was very efficient.

However, he said there comes a time for every company when it must focus on building its "top level" and this was where Israel trails behind other countries. "There is a lack of people at the highest levels of biotech management that can confidently package a company and market it at the same premium that you get from a company that was born and bred in Kendall Square [in Boston, Massachusetts]," Botti said.

One solution would be to generate incentives to bring back Israelis with management experience from larger companies, those who had already gone through the process of taking a drug from concept to product, Botti said. "You need people who have spent 20 years in pharma or who have founded numerous biotech startups. They know the ins and outs. There is a certain level of management experience that you cannot do without if you want to scale a company," he added.

This scarceness of senior talent in the biopharma sector in Israel had led to companies mainly being bought at the early stages of clinical development because they cannot scale, Botti said. "Boston is filled with talented Israeli and US managers who could come to Israel. There needs to be more openness in the Israeli government to encourage these types of people to work here with less bureaucracy."

Aharon said that in fact this was already happening; though he agreed more engagement here would bolster the biopharma sector for the future. He said that in the ICT sector, the same thing happened: as the industry grew, experienced managers came back to Israel to manage companies nationally. He cited himself as an example, "I grew up at IBM Research as manager in the US, but when Apple was looking for someone for Israel they looked for a seasoned manager who could make things happen." Aharon took on the role as CEO of the Israel Innovation Authority in 2017, but previously he was chief executive of Apple's Israeli activities.

Israel's private capital market has a growing interest in biopharma and the life sciences, with a handful of VC firms now dedicated to the space including Orbimed Israel Partners, Pontifax Venture Capital, Arkin Holdings, Israel Biotech Fund and aMoon. However, access to cash is still more limited than it is in other countries, such as the US and Europe, where life sciences VCs are a dime a dozen in comparison.

FutuRx's recently appointed CEO Esther Lukasiewicz-Hagai told Scrip that, in addition to the strong support of the Innovation Authority, having partners like J&J, Takeda and Orbimed involved in the accelerator opens more doors to attract the best science. Companies in the incubator are based on technology licensed from leading Israeli or international academic institutions. Lukasiewicz-Hagai mentioned that some of the current companies are based on discovery from prestigious US institutes such as John Hopkins University or Stanford University. 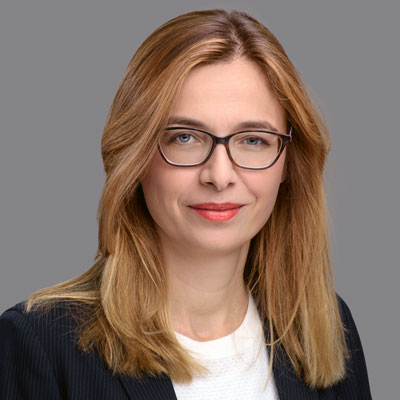 "We allow translational research and projects to start their journey and give them the opportunity to reach, during their lifetime in the incubator, an inflection point that will allow them to raise additional funding in a series A round. Usually, these are projects at the risky stage, and too early for VCs. We mature projects that will then be of interest to the likes of Orbimed or pharma companies," Lukasiewicz-Hagai said.

Companies at FutuRx usually stay in the incubator for up to three years, and 11 companies have been accepted into the incubator since it was established in 2014. The companies receive $2.3m, which is all for R&D purposes. They are based within FutuRx's own facility with office space and lab benches. They also benefit from the guidance and mentorship of the multinational partners of the incubator. The majority of funding for FutuRx companies comes from the Innovation Authority (85%) with the rest coming from the partner companies. Companies can also receive an additional $0.5m during their incubation period from the dedicated RMGP Bio-Pharma Investment Fund.

FutuRx is running on an eight-year tenure from the Innovation Authority; it expects to accept the last company into the incubator at the end of 2021. In 2018 alone, the incubator is aiming to accept seven new companies. The hope is that at the end of the three-year accelerator program the startups are in a better position to compete for cash.

One caveat for Israeli companies involved is that accelerator businesses are expected to keep their operations, or at least their R&D facilities, in Israel.

"This is the objective we have, to build biotech companies here to promote innovation in Israel," Lukasiewicz-Hagai said. She added, "All efforts are done to ensure the companies, or at least their R&D, will be able to stay in Israel if they succeed." If accelerator companies do eventually leave Israel there is a fee to be paid back to the Innovation Authority.

"We want to enable those new startups to grow in Israel," Ora Dar, former head of the life sciences sector at the Innovation Authority, added. "If they prove to be successful they should have the path to move forward in Israel."

Aharon highlighted the importance to the sector of innovation remaining in the country. For example, he noted that Kite Pharma Inc. was built on technology from Israel – but the success of this business has had little impact on its home region.

"Kite is a wonderful company, but while the IP is based on research from the Weizmann Institute the benefit to Israel of that company's success was almost zero because it was founded in the US. I would like to see a Kite Pharma here in Israel," Aharon said.

Aharon Aharon will be delivering a keynote talk at the upcoming MIXiii-Biomed conference, to be held in Tel Aviv, May 15-17, 2018.

Schultz Swings The Cleaver At Teva, Cutting 25% Of The Workforce

What's Gilead Getting From Kite For Nearly $12bn?