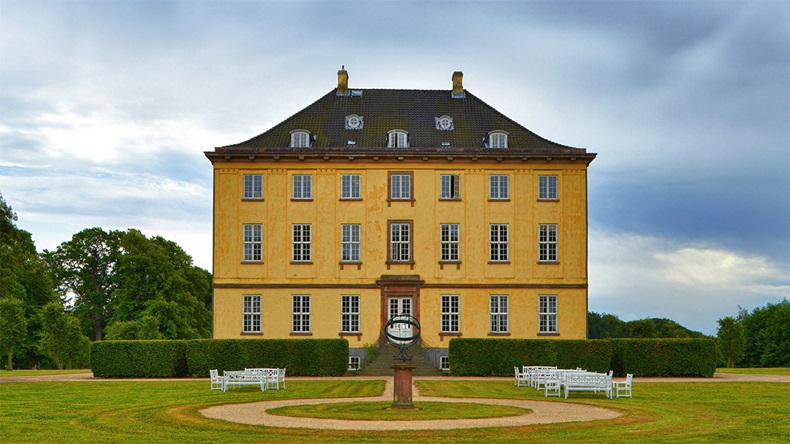 Source: Iron4u Iron4u headquartered at Næsseslottet, a historical manor from the 1780’s located only 20 minutes from Copenhagen.

Maintaining normal iron levels in the blood and bone marrow is essential for optimal functioning of the human body. Iron is a core component of enzymes and proteins involved in key metabolic processes such as DNA synthesis, cell proliferation and differentiation, cellular respiration or immune protection against bacteria.

Most importantly, iron is an essential element in the production of hemoglobin, the blood protein that transports oxygen from the lungs to the tissues. An estimated 70% of human iron is found in the red blood cells that contain hemoglobin or the myoglobin protein expressed in the body’s muscle cells.

In terms of mass, iron is the most abundant natural element on earth. Yet iron deficiency remains a significant challenge to human health worldwide, diminishing in a variety of ways the quality of life of the many people whose iron levels are too low.

Iron deficiency can occur as a result of malnutrition, malabsorption of iron, or diseases and conditions that deplete iron either directly or indirectly, such as peptic ulcers, inflammatory bowel disease, colorectal cancer, major surgery or excessive menstrual bleeding. According to the World Health Organization (WHO), iron deficiency is the most common and widespread nutritional disorder of all. Some two billion people in total, or more than 30% of the global population, are anemic – many of them due to iron deficiency.

In developing countries, where an estimated 50% of pregnant woman and 40% of preschool children are anemic, iron deficiency is often exacerbated by worm infections, malaria and other infectious diseases such as tuberculosis, HIV/AIDS or schistosomiasis. The true scale of the problem is hidden behind health statistics such as death rates, incidents of maternal hemorrhage or poor performance in schools.

Ultimately, though, iron deficiency is a global public-health issue, one of epidemic proportions. For example, lack of iron is the only nutrient deficiency with significant prevalence in industralized countries.

The health consequences of iron deficiency include poor outcomes in pregnancy, with anemia contributing to 20% of all maternal deaths worldwide, as well as impaired physical and cognitive development, increased risk of child morbidity, and reduced productivity in adults. By undermining the capacity of individuals or entire populations to work and prosper, lack of iron has grave implications for economic health and national development. Timely and effective treatment of iron deficiency can both restore personal health and raise national productivity levels by as much as 20%, the WHO notes.

These high levels of unmet need have persisted despite the general availability of fortified foods, iron supplements and, in severe cases, blood transfusions to treat iron deficiency. In many countries, though, the options for convenient intravenous (IV) administration of high-dose iron are limited, not least due to the associated risk of severe adverse events.

Lower-dose IV iron products, on the other hand, raise questions of effectiveness, convenience and cost-efficiency. Patients often need to make multiple visits to a hospital before they can reach optimal levels of iron in the body.

A New Benchmark For IV Iron

At Iron4u, a pharmaceutical company founded in 2012 by investors from five European countries and based just outside Copenhagen, Denmark, we have addressed these issues by developing an innovative high-dose IV iron product for the treatment of iron deficiency or iron-deficiency anemia. We believe Polyglucoferron could set a new benchmark in the field of intravenous iron therapy. Developed in partnership with the German company Serumwerk Bernburg, the product is now in Phase III clinical trials for human use as an injection or infusion.

Once approved and launched, Polyglucoferron is expected to fill a significant gap in the market for IV iron treatments capable of providing the high doses demanded by current deficiency levels worldwide, yet without compromising patient safety. Polyglucoferron is a patented total-dosage iron therapy with a unique formulation and an ideal pharmacokinetic profile. Unlike some currently available IV iron formulations, our product is based on modified starch rather than dextran.

“We have encapsulated iron nanoparticles in such a way that they form a larger and stronger complex than other IV iron products. This means Polyglucoferron can deliver high doses of intravenous iron while ensuring that they are cleared rapidly from the plasma, thus minimizing the patient’s exposure to potentially damaging free iron,” says Iron4u’s Medical Director, Stig Waldorff.

“Our market analyses indicate that the commercial potential for a truly effective and well-tolerated IV iron treatment is enormous,” says President and CEO Odd Vaage-Nilsen. “Intravenous iron sales in the US alone are set to reach $1 billion within a few years. In the longer term, the US market could be worth more than $5 billion. The high levels of unmet need for iron-deficiency therapy worldwide suggest a wealth of opportunities for rapid growth with the right product.”

We also want to make sure that Polyglucoferron is available across a broad spectrum of unmet needs. That includes the particular challenges of treating iron deficiency in children, which can have serious long-term consequences for growth, development and immunity to infection.

In this respect, we achieved an important milestone on 1 December 2017, when the European Medicines Agency (EMA) agreed to our pediatric investigation plan (PIP) to study Polyglucoferron in patients aged 6 months to 18 years. We expect shortly to publish the results of our Phase II clinical trials in adults, which confirmed Polyglucoferron’s highly attractive product profile. “After many years of working on improved options for iron-deficient patients and their clinicians, Iron4u is well on the way to redefining the standard of care for IV iron therapy,” Vaage-Nilsen comments.