It's the time of year when many drug companies raise prices on mature medicines, and Allergan is one that raised prices on several drugs in its portfolio by 9.5%, just barely keeping to its social contract with patients. 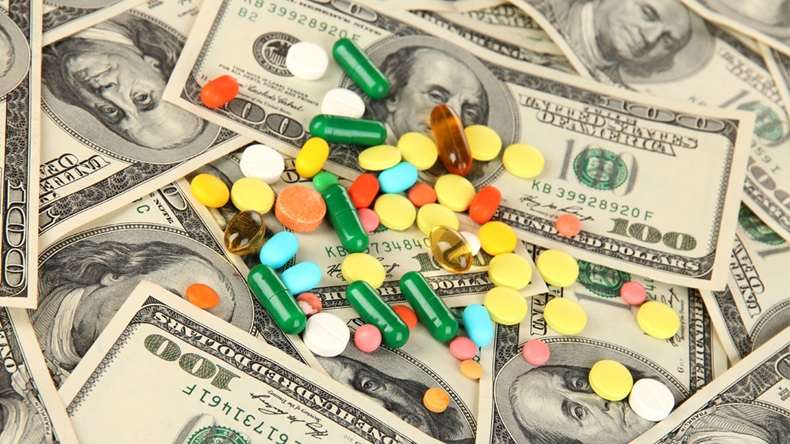 January is when some drug companies hike the prices of their mature medicines, a practice that has come under increasing scrutiny in recent years as high drug prices have become a frustration to patients and a political rallying cry for legislators.

The first price increases began leaking out Jan. 2 when Cowen & Co. reported that Allergan PLC increased the wholesale prices on 18 brand drugs by 9.5%, a level that suggests industry is feeling encouraged by the current political climate. The increase on wholesale prices does not reflect the impact of rebates and discounts that are commonly negotiated between drug manufacturers and payers, which reduce net prices.

In a statement, Allergan countered that discounts to pharmacy benefit managers, health plans, patients and government payers are expected to bring the net realized price increase down to the low single digits (2-3%). Indeed, industry has been strengthening its drug-pricing case over the last two years by pointing a finger more at third-party players in the drug-distribution channel for absorbing the savings from rebates and discounts.

Recurrent price increases on older medicines is one of the touchpoints in the debate over drug prices. The industry frequently points to its substantial investment in R&D to justify high drug costs, and while many are willing to accept the high-risk nature of investing in pharmaceutical R&D, the argument loses momentum when it comes to industry's practice of raising prices on new drugs that have not recently benefited from R&D investment.

Last year, in particular, the drug industry found itself in confrontations with President Trump, who tweeted about "rip-off drug prices" and said the industry was "getting away with murder" in his first news conference as president-elect. As president, he has appeared uninterested in any serious policy for regulating drug prices. (Also see "The Spectacle Of Trump: Tweets, Insults And A Year Pharma Won't Forget" - Scrip, 2 Jan, 2018.)

Trying to stay ahead of the political posturing, some drug manufacturers have implemented their own pricing policies, or social contracts, agreeing to limit the number of price increases they will take in a year or the amount of the price increase. Allergan was the first company to go public with a social contract, under the leadership of CEO Brent Saunders, who has been a vocal proponent of transparent pricing practices. Under a pricing pledge announced in September 2016, Allergan committed to limiting price increases on medicines to single-digit percentages and vowed not to take more than one price increase per year. (Also see "Allergan's Price Reform Pledge: Will Others Follow?" - Scrip, 6 Sep, 2016.)

But Allergan is creeping just to the edge of its pledge by raising prices on some drugs by 9.5%, including the blockbuster dry eye treatment Restasis (cyclosporine). Cowen analyst David Steinberg said in a research note that the 9.5% price increase also extends to drugs including Bystolic, Combigan, Estrace, Linzess, Lumigan, Namenda XR, Viberzi and Viibryd.

Allergan is poised for a challenging year in 2018, bracing for the first generic competition to Restasis after a Texas federal court invalidated four patents protecting the drug in October. (Also see "Allergan May Rue Mohawk Tribe Deal As Court Invalidates Restasis Patents" - Scrip, 16 Oct, 2017.) The company will need to make up revenues where it can, and price hikes are one strategy pharma companies rely on to maintain growth when new launches aren't on the horizon.

Allergan has also drawn some criticism within the industry for speaking out against high drug prices while simultaneously increasing prices to the very edge of its social contract.

Allergan, however, is far from the only company that will implement high single-digit price increases this year. In the same research note, Cowen said Horizon Pharma PLC increased prices on Actimmune, Buphenyl, Procysbi and Ravicti by 9.9%. Others will also follow and the question is how willing the public will be to accept the industry's justifications.

The Spectacle Of Trump: Tweets, Insults And A Year Pharma Won't Forget