The Year's Clinical Trials In Review: Big Hits In 2017

Scrip takes a trip back through the highs of drug development, looking at successes including positive cardiovascular outcomes studies for cholesterol drugs, advances in cancer and breakthroughs in hemophilia. 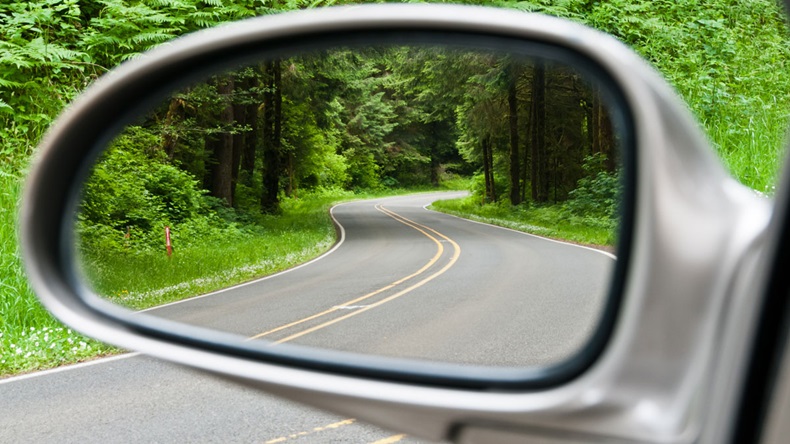 When it comes to pharmaceutical drug development the wins can be few and far between, but when a new drug performs well in a mid- to late-stage clinical trial, the rewards can be rich – for patients and investors. Here are some of the notable clinical trial successes in 2017.

The long-awaited release of full results for Amgen Inc.'s FOURIER cardiovascular (CV) outcomes study of the cholesterol-lowering PCSK9 inhibitor Repatha (evolocumab) finally came in March 2017, at the American College of Cardiology meeting. (Also see "Is Amgen's FOURIER Enough For Physicians, Payers To Expand Repatha Use?" - Scrip, 17 Mar, 2017.) The drug demonstrated a statistically significant reduction in the number of events included in the primary composite endpoint, though the magnitude of the benefit (15%) was lower than expected. Repatha now has a CV outcomes claim based on the data. (Also see "Outcomes Claim May Help Amgen Make Case For PCSK9 Inhibitor Repatha" - Scrip, 1 Dec, 2017.)

How this will translate into reimbursement access and sales remains to be seen, but the drug already started to outperform Sanofi/Regeneron Pharmaceuticals Inc.'s competing PCSK9 inhibitor Praluent (alirocumab) in the fourth quarter of 2016. Results from the ODYSSEY CV outcomes study of Praluent are due in early 2018.

Merck & Co. Inc. announced in June that its cholesterol-lowering anacetrapib significantly reduced major coronary events in the REVEAL CV outcomes study, a surprising outcome in light of failures of other drugs in the CETP inhibitor class. (Also see "Big REVEAL: Merck's Anacetrapib Surprises With Success, But What Next?" - Pink Sheet, 27 Jun, 2017.) However, due to the commercial challenges of launching this kind of candidate, Merck opted not to pursue regulatory approval. (Also see "Merck Calls It Quits On Anacetrapib" - Pink Sheet, 11 Oct, 2017.)

The possibility of a two-drug regimen for HIV maintenance therapy became a reality with the release of full data from the pivotal SWORD studies for ViiV Healthcare's Tivicay (dolutegravir) and Janssen Pharmaceuticals Inc.'s Edurant (rilpivirine) in February. (Also see "ViiV/Janssen's Double-Edged SWORD: Four Drugs Good, Two Drugs Better?" - Scrip, 14 Feb, 2017.) (Viiv is majority owned by GlaxoSmithKline PLC.) The US FDA approved the regimen in November for patients with HIV type 1 whose virus has been suppressed for at least six months, after a speedy review thanks to a priority review voucher, and the fixed combination pill is now branded as Juluca. Analysts say the introduction of a two-drug regimen is groundbreaking for the HIV market, though it may take time to introduce such a big change. (Also see "ViiV's Two-Drug HIV Tablet Juluca Is Disruptive, Yet Uptake May Be Slow" - Scrip, 22 Nov, 2017.)

A Good Year In Hemophilia

The year closed out with gene therapy coming into its own, with the approval of Spark Therapeutics Inc.'s Luxturna and hemophilia gene therapies drawing attention at the American Society of Hematology (ASH) annual meeting in December. Early data for Spark's hemophilia B candidate SPK-9001, partnered with Pfizer Inc., and BioMarin Pharmaceutical Inc.'s valoctocogene roxaparvovec in hemophilia A both received glowing reviews in the New England Journal of Medicine – editorials suggested that a cure for the devastating disease is now in sight. (Also see "Spark Plots Rebound For Hemophilia A Gene Therapy, As Rival BioMarin Surges" - Scrip, 12 Dec, 2017.)

The hemophilia treatment space has also recently undergone a big change with the approval of Roche's Hemlibra (emicizumab), a bispecific monoclonal antibody that binds to both Factor IXa and X, for hemophilia A with inhibitors. (Also see "Roche's Hemlibra Priced And Labeled To Beat Competition, Safety Concern" - Scrip, 17 Nov, 2017.)

Positive data for AstraZeneca PLC's PD-L1 inhibitor Imfinzi (durvalumab) in the PACIFIC study set the drug up for an interesting market opportunity in treating stage III non-small cell lung cancer, with a head start over competing PD-1/L1 inhibitors for this indication. (Also see "AZ Rides PACIFIC Wave To Be First In Early-Stage NSCLC" - Scrip, 11 Sep, 2017.) Success in this line of therapy took some of the edge off of the failure of the company's Imfinzi/tremelimumab combination to demonstrate a significant improvement in progression-free survival in the MYSTIC study of first-line metastatic lung cancer.

The Year's Clinical Trials In Review: Big Misses In 2017

The big clinical trial setbacks hurt. Scrip takes a look back at the painful clinical trial failures this year, with Axovant's intepirdine and Celgene's mongersen topping the list.

AstraZeneca announced in October that FDA has accepted a filing to cover earlier use, based on PACIFIC data. (Also see "US Filing For AZ’s Imfinzi In Stage III Lung Cancer" - Pink Sheet, 17 Oct, 2017.) Imfinzi was approved in May for treatment of second-line bladder cancer, a space crowded with others in the same class. AstraZeneca reported sales of only $1m in the third quarter of 2017 and said that it was more focused on launching in lung cancer. (Also see "PD-1 Earnings Roundup: Buckle Up For A Bumpy Ride" - Scrip, 15 Nov, 2017.)

The actual data on the clinically meaningful effect on PFS of the triple combination of Tecentriq, Avastin and chemotherapy on previously untreated advanced NSCLC patients in the IMpower150 study have now been presented at a scientific meeting, and suggest that Roche could be a significant competitor in the large NSCLC market in the not too distant future.

Roche's PD-L1 inhibitor Tecentriq (atezolizumab) looks well positioned following the release of positive results in December for the drug in combination with the company's VEGF inhibitor Avastin (bevacizumab) and chemotherapy in the IMpower150 study in first-line NSCLC. The same month, the company reported that the combination worked well in first-line kidney cancer in the IMmotion151 study. (Also see "Roche's Tecentriq-Avastin Combo Improves PFS In Kidney Cancer Too" - Scrip, 11 Dec, 2017.) The drug had faced a setback, however, earlier in the year with the failure of Tecentriq to demonstrate a significant benefit for progression-free survival in a Phase III confirmatory study in bladder cancer, the drug's first approved indication. (Also see "Another Opdivo Disappointment For BMS, This Time In Kidney Cancer" - Scrip, 15 Aug, 2017.)

Publication of full Phase III results for GW Pharmaceuticals PLC's Epidiolex (cannabidiol) for Dravet syndrome, a severe type of pediatric epilepsy, in the New England Journal of Medicine in May marked an important step for advancing pharmaceutical-grade cannabinoids as a therapeutic option. (Also see "GW's Epidiolex Epilepsy Data Paves Way For Cannabinoids" - Scrip, 25 May, 2017.) The drug is one of over 50 cannabinoids in any stage of development, in a field that is heavily focused on neurological conditions. (Also see "Cannabinoid Market Snapshot: GW's Epilepsy Success Bodes Well" - Scrip, 25 Nov, 2016.). GW filed the drug for approval in the US at the end of October and has been raising funds in order to prepare for commercial launch. (Also see "Interview: GW Pharma Gears Up For Pivotal 2018" - Scrip, 12 Dec, 2017.) On Dec. 28, the company announced that the FDA accepted the filing and granted it priority review status; the user fee date is June 27, 2018.

ViiV's Two-Drug HIV Tablet Juluca Is Disruptive, Yet Uptake May Be Slow

Merck Calls It Quits On Anacetrapib

Big REVEAL: Merck's Anacetrapib Surprises With Success, But What Next?

Is Amgen's FOURIER Enough For Physicians, Payers To Expand Repatha Use?

NewAmsterdam Is Behind Another Try At CETP Inhibition, With Menarini’s Help