BMS's Fouad Namouni On The Future Of Immuno-Oncology

Early data presented at ASCO 2017 for combination immuno-oncology therapies are a hallmark of how the future treatment of cancer is going to look, Bristol-Myers Squibb's Head of Oncology Fouad Namouni told Scrip in an exclusive interview. 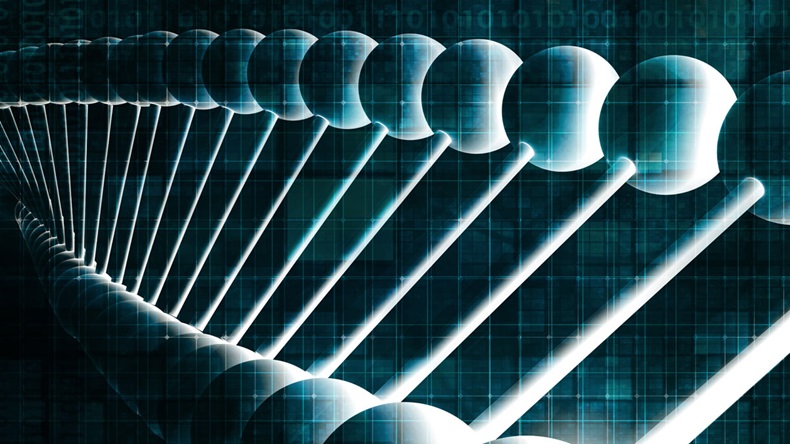 Source: Shutterstock Does the future of IO lie in better patient profiling and biomarker discovery?

Bristol-Myers Squibb Co.'s Head of Oncology Fouad Namouni told Scrip on the sidelines of the 2017 American Society of Clinical Oncology (ASCO) annual meeting, held June 2-6 in Chicago, that BMS is ready to build on its foundations of using the immune system to fight cancer – with resistance to immunotherapy as its next big target.

Almost a year into his new role at BMS, having been promoted to head the US big pharma's oncology unit in July 2016, Namouni told Scrip about his expectations for the company's marketed cancer portfolio in 2017 and discussed impending disruptions in cancer R&D.

Namouni – who joined BMS in France in 1999 and previously led development for the company's programmed cell death protein 1 (PD-1) inhibitor Opdivo (nivolumab) and its anti-cytotoxic T-lymphocyte-associated protein 4 (CTLA4) drug Yervoy (ipilimumab) – also revealed how BMS will tackle the issue of resistance in patients treated with immuno-oncology therapies and gave his opinion on the future of tissue agnostic drug approvals in cancer. 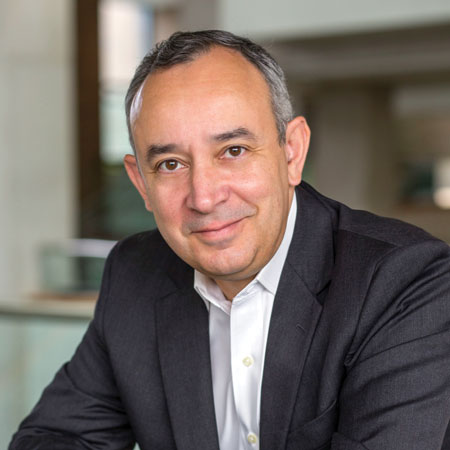 Lucie Ellis: What is BMS doing differently to its peers in the immuno-oncology space?
Fouad Namouni: Back in the early 2000s people did not believe that a checkpoint inhibitor could improve overall survival in such a devastating disease like melanoma – but see where we are today and all the knowledge accumulated at BMS over the years. There are more than 230,000 patients in clinical studies for our IO agents alone and in combination with other drugs. All of this is helping us to better understand how we can develop medicines faster and is giving us a better understanding of the biology of oncological diseases. It's helping us understand the biology of tumors and highlighting novel endpoints, new biomarkers and new ways to accelerate development.
BMS has signed a few oncology deals recently – such as the June 5 agreement with Novartis AG for the development of Opdivo and Opdivo plus Yervoy regimen in combination with Mekinist (trametinib) as a potential treatment for metastatic colorectal cancer – but what do you look for in drug development partnerships in oncology?
We have most of the [current] IO mechanisms in-house and we continue to develop new mechanisms in-house, but in the fight against cancer it's never a done deal and you need to see every interesting piece of data. We source our pipeline in many ways, [including looking] at partners if they have mechanisms that are interesting or that are ahead of what we could develop in-house, and we need to get patients very quickly with combinations. We also look at business development opportunities as we have been doing recently. We hope that with all this, sometime, we will be able to cure more patients with cancer.
What is next for Opdivo considering Merck's Keytruda, the closest PD-1 competitor to BMS's own IO therapy, has recently secured the very first tissue agnostic FDA label for use in solid tumors?
Overall, I think Opdivo will continue – either as a single agent or in combination with Yervoy or other new agents – to be expanded as a foundational medicine for a variety of tumor types.

Do you have concerns around having too broad a development program for products like Opdivo? It can seem as though companies are testing combinations of everything with anything to see what sticks.
Our pipeline is deliberately rational in the way we think about using mechanisms to fight cancer. The major guidelines for the way we should be looking at cancer are: combination therapies - two drugs, three drugs or maybe more; precision medicine and more biomarkers - maybe more than one or two biomarkers, we will need better profiling of patients' immune systems to see what is the right drug to go to the right patient; and we will also need to deal with the growing issue of resistance to immunotherapy.

Colony stimulating factor 1 receptor (CSF1R) is one example in the clinic; CTLA4 also plays a role not just as a checkpoint inhibitor; and most recently Indoleamine-pyrrole 2,3-dioxygenase (IDO) has come forth as an important mechanism in the tumor metabolism.

Lastly, I would say the way we have designed our pipeline is to tap into the innate immunity. Not a lot of people are looking at the innate immunity but we believe at BMS that it could be a strong ally to the adaptive immune system. When you step back, you see that we are attacking cancer and the immune system from most, if not all, the angles. BMS owns a lot of these mechanisms internally, this gives us a lot of leverage in the way we develop our medicines.

How are you preparing to market multiple combination variations at once?
I joined BMS many years ago and at that time we would be putting on the market, in general not just in oncology, a product every couple of years or so. Over the last two years though progress has been unprecedented; we have had 11 approvals in the US, as well as approvals in many other places around the world, for products across six different cancers. The BMS commercial and medical teams have reached a level of excellence in terms of launching new products. All these learnings, from working on multiple launches across several cancers all at the same time, provide a good set up for us to do even more.

We have to continue to learn though and follow the signs. We must continue to understand biology and challenge ourselves and aim for the greatest benefit for patients that shifts the paradigms of treatment, as we did with Yervoy and Opdivo.

What do you anticipate to be the next big disruptor in oncology R&D?
I think this mindset we are seeing, of not just combining one drug or two but combining several medicines in the right way for each patient, will be very disruptive. We are also seeking better incremental benefits because the bar has been set high, PD-1s and CTLA4s have pushed the bar high when it comes to overall survival in some cancers. The most important thing is to find the right patients and the right combinations.

However, I think resistance to IO therapies is going to be a big problem and we have not improved survival in every patient. There are still patients that relapse after immunotherapy. If we can get that population of relapsed patients to a much better outcome that would be a major shift.

To conclude, what should we look out for from BMS in the coming months?
Post-ASCO you should look forward to more on how we are going to treat the right patients with the right combinations of immuno-therapy. We reported data [this month] for our lymphocyte-activation gene 3 (LAG3) combination in refractory melanoma patients, and one patient out of five is responding when they are LAG3 positive, so it's very precise. Also, in Hodgkin's lymphoma we have seen a complete response in a patient treated with LAG3 that was previously refractory to immunotherapy and I think that really summarizes what's ahead.

[Bristol presented Phase I/IIa data that demonstrated "encouraging activity" of anti-LAG-3 (BMS-986016) and Opdivo combination in heavily pretreated advanced melanoma patients who were relapsed or refractory on anti-PD-1/PD-L1 therapy. The company plans to explore this therapy in a number of other cancer types.]