CDK4/6 inhibitors offer impressive progression-free survival data in breast cancer, but lack of overall survival data may mean the class will be relegated to the second-line setting. 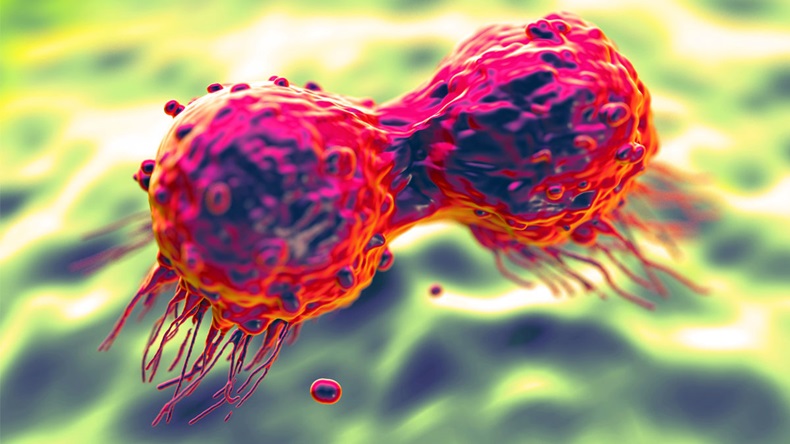 Phase III progression-free survival data from the MONARCH 2 study presented at the American Society of Clinical Oncology meeting put Eli Lilly & Co. in a good position to file the CDK4/6 inhibitor abemaciclib in the second quarter as planned, though a different release by rival Pfizer Inc.'s Ibrance raised questions about whether the class will be able to show an overall survival benefit.

Researchers reported that median PFS was 16.4 months for abemaciclib/fulvestrant vs. 9.3 months for fulvestrant alone, a highly significant result, at the ASCO meeting on June 3.

"This response rate is to the best of our knowledge, the highest reported in an endocrine-resistant population," said lead investigator George Sledge, chief of medical oncology at Stanford University Medical Center, in presenting results at the meeting. Top-line results were released in March. (Also see "Can Lilly's Abemaciclib Overcome Third Place Finish In CDK4/6 Race?" - Scrip, 20 Mar, 2017.)

Overall survival data are not mature.

Diarrhea has been an adverse event of concern for abemaciclib. The trial protocol was changed to lower the starting dose from 200 mg to 150 mg to minimize effects – diarrhea typically occurred in the first cycle, and intensity and frequency were strongly related to the starting dose. The discontinuation rate due to diarrhea was 6.6% prior to the protocol change and 1.6% after.

The CDK4/6 inhibitor showed progression-free survival in patients with breast cancer in an interim analysis, and Lilly plans to begin global regulatory submissions for the drug in the second quarter.

Lilly is now planning to file for approval of abemaciclib as a monotherapy based on MONARCH 1 and as a combination treatment in the second-line setting based on MONARCH in the second quarter and then submit a supplemental filing in the third quarter with data from the MONARCH 3 first-line trial. Abemaciclib is also being studied in Phase III in the adjuvant setting in high-risk, hormone receptor-positive, human receptor 2-negative breast cancer.

The MONARCH 2 data show the magnitude of benefit the company wanted to see, "supporting filing across indications over the next couple of quarters," Levi Garraway, senior vice president of global development and medical affairs at Lilly Oncology, commented in an interview at the ASCO meeting.

Lilly is differentiating abemaciclib partly through continuous dosing – Ibrance and Kisqali require a break in dosing to minimize neutropenia effects.

Garraway said the company took the view that continuous dosing might be preferable to intermittent dosing because in metastatic breast cancer, cells are dividing all the time.

"Intuitively, it seems obvious that intermittent inhibition of a cell cycle inhibitor, when you have 10 billion tumor cells capable of dividing at any point, would be less ideal than continuous," so Lilly set out to develop a drug that could be dosed continually in the hopes that it would translate into better efficacy, Garraway said.

Lilly sees this as a differentiating quality, along with the ability to penetrate the blood brain barrier, which is important for breast cancer patients who develop brain metastases, a feared complication.

Datamonitor Healthcare analysts think that the dosing, in addition to the benefit seen in MONARCH 2, position Lilly well for approval and competition (see table below). "Abemaciclib’s tolerability profile is highlighted by its continuous dosing regimen. Both Ibrance and Kisqali require time off treatment with each cycle. This, in conjunction with its strong efficacy data presented here, may give abemaciclib an advantage over its competitors, particularly in advanced HR+/HER2- breast cancer patients at later lines of therapy," the analysts concluded in a report.

In the PALOMA-3 study, Pfizer's Ibrance with fulvestrant demonstrated a median PFS advantage of 4.9 months compared to fulvestrant alone (9.5 months vs. 4.6 months).

Rates of neutropenia were lower for abemaciclib, Datamonitor Healthcare analysts noted – 46% in MONARCH 2 vs. 65% for Ibrance in PALOMA-3 and 60% for Kisqali in the MONALEESA-2 study, which included letrozole instead of fulvestrant.

The PFS advantage for combination therapy over fulvestrant alone in MONARCH 2 was 7.1 months vs. 4.9 months for Ibrance in the PALOMA-3 study, but Vanderbilt University breast oncologist Ingrid Mayer noted in a discussion about the results at the ASCO meeting that there were differences in trial design. Prior chemotherapy was not allowed in MONARCH 2, whereas it was allowed in PALOMA-3. Also, the number of lines of endocrine therapy in MONARCH 2 was limited to one, whereas it was unlimited in PALOMA-3.

This was a patient population with much less prior treatment than in PALOMA-3, which probably explains the difference in the duration of PFS, said Mayer, who is director of breast cancer clinical research at Vanderbilt Health.

Survival results for Pfizer's Ibrance in the Phase II PALOMA-1 study presented in the same session as MONARCH 2 raised questions about the role of the CDK4/6 class in first-line advanced breast cancer.

PALOMA-1 had supported the initial accelerated approval based on a PFS benefit. Researchers said that the analysis presented at the ASCO meeting represented the longest overall survival data available for any CDK4/6 inhibitor. Overall survival has been a difficult endpoint, largely due to the long post-progression treatment and follow-up for this disease, investigators said.

Until survival data are available, CDK4/6 inhibitors may not move to first-line use, Mayer said.

The open label PALOMA-1 study compared palbociclib with letrozole to letrozole alone in 165 patients. Median PFS was dramatically higher for the test drug arm (20.2 months vs. 10 months, hazard ratio 0.49). But overall survival was only numerically improved – 37.5 months for the combination vs. 34.5 months for letrozole alone (hazard ratio 0.90). Very few patients – less than 3% -- had palbociclib as a post-study therapy, investigators reported.

Mayer noted that the OS was not achieved, but the study was small and "clearly underpowered to show any potential difference."

"We eagerly await results from the [Phase III] MONALEESA-2 and PALOMA-2 trials to tell us if overall survival is indeed going to be seen in first-line use of CDK4/6 inhibitors plus endocrine therapy," Mayer said.

Until survival data are available, CDK4/6 inhibitors may not be needed in first-line treatment, she said.

But the clinician also stressed that CDK4/6 inhibitors have a valuable role to play in treatment today. Due to good quality of life, the long duration of benefit and delay in the start of chemotherapy, the class should absolutely be used in combination with endocrine therapy at some point in treatment of ER+ metastatic breast cancer, Mayer concluded.

Keeping Track: A Lilly Breast Cancer Approval, A Couple Of CRLs, And A Plethora Of Priority Reviews

Lilly Hopes To Revitalize Its Cancer Brand With 'Foundational' Agents