Data from a Phase I trial testing the CAR-T therapy bb2121 in in heavily treated patients with relapsed refractory multiple myeloma were encouraging, driving bluebird's stock up 10%. 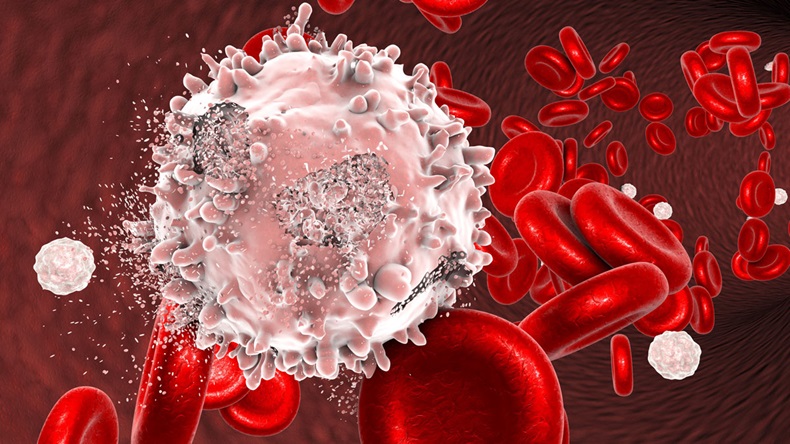 Investors were energized by bluebird bio Inc.'s data on the anti-B-cell maturation antigen (BCMA) chimeric antigen receptor (CAR)-T cell therapy bb2121, presented as a poster at the American Society of Clinical Oncology meeting because the treatment showed a benefit in heavily treated multiple myeloma patients who had for the most part run out of options.

Bluebird's stock jumped 8% to $98.20 June 6, after the data were presented; the company also held a separate investor briefing the same day.

Despite the limited nature of the trial, which included just 18 evaluable patients, the data were striking because every patient who was treated at what the company determined was a therapeutic dose – a dose level of 150x10 CAR+ T cells or higher – experienced an objective response, including those with high tumor burden; 27% achieved a complete response; and four patients tested for minimal residual disease status were found to be MRD-negative.

"The data has honestly played out beyond our wildest imagination." CEO Nick Leschly said.

None of the patients in the active dose cohorts have had myeloma progression, with a range of follow-up of eight to 54 weeks. While there were some Grade 1 and Grade 2 toxicities, no dose-limiting toxicities were observed.

As CEO Nick Leschly told investors at the briefing, "The data has honestly played out beyond our wildest imagination."

Bluebird is best known as a gene therapy developer working on potential cures for rare diseases like cerebral adrenoleukodystrophy, transfusion-dependent beta-thalassemia and severe sickle cell disease. But the company also has a cancer immunotherapy platform, focused on leveraging its gene transfer technology.

FDA announced the first advisory committee meeting to review a chimeric antigen receptor (CAR)-T therapy. The Oncologic Drugs Advisory Committee will review Novartis' tisagenlecleucel-T (CTL019) during a meeting July 12. Novartis is seeking approval for the cell therapy for relapsed refractory B-cell acute lymphoblastic leukemia (ALL) in pediatric and young adult patients. (Also see "BLA Accepted: Novartis Inches Ahead In CAR-T Race With Kite" - Scrip, 29 Mar, 2017.)It could be the first CAR-T therapy to reach the market. The advisory committee meeting should attract a lot of interest given interest in the promising therapeutic area and challenges associated with it, including toxicity and the individualized administration and manufacturing process.

BCMA is a cell-surface protein that is expressed in normal plasma cells and in most multiple myeloma cells, but not in other normal tissue.

"I will be disappointed if this PFS is four months, but I think if you go beyond six months, and definitely if you go to a year, I think that will be a big wow in this population because that's way beyond what you would expect even for them to live," he said.

Bluebird is partnered on bb2121 with Celgene, which obtained a joint license to the therapy and a broader CAR-T program in 2013 for $75m up front. The partners amended the agreement in 2015, however, when Celgene narrowed the scope of the deal to focus only on BCMA while returning all rights to the broader platform to bluebird. [See Deal] Weeks later, Celgene announced a sweeping, $150m up front deal with CAR-T developer Juno Therapeutics Inc. (Also see "The Bang For Celgene’s Buck: Looking Inside The Record-Setting Juno Deal" - Pink Sheet, 13 Jul, 2015.)

Meanwhile, Celgene and Juno have fallen behind rivals Novartis AG and Kite Pharma Inc., the first companies to file a CAR-T therapy with FDA, because of a safety issue that derailed the lead asset JCAR015. (Also see "Juno Ends JCAR015 Development In ALL, Cementing Third Place CAR-T Position" - Scrip, 1 Mar, 2017.) The partners are moving forward with JCAR017 in patients with relapsed and refractory aggressive B cell non-Hodgkin lymphoma and presented data from a Phase I trial, TRANSCEND, at ASCO.

Now, bb2121 could represent an opportunity for Celgene to expand its blockbuster multiple myeloma franchise led by Revlimid (lenalidomide).

The companies are planning to move forward with an expansion phase of the trial later this year, but management would not talk about longer-term development plans.

"I want to make sure that we translate and finish this study and make sure we understand what the appropriate path is to approval and subsequent to that," Leschly said.

Barclays analyst Geoff Meacham said in a June 5 note, "Although we stress the data are preliminary, we view the data positively, representing a potential win for Celgene as it continues to leverage its partnerships to diversify its portfolio."

One issue with CAR-T therapies is the administration and manufacturing process, because the individualized treatment involves extracting cells from a patient, re-engineering them and reinfusing them back into the patient.

But management from both companies said they are actively working to deliver on the requirements for the commercial setting.

Bluebird and Celgene aren't the only companies pursuing a BCMA cell therapy – or getting attention at ASCO. A relatively unknown Chinese biotech, Nanjing Legend Ltd., garnered a lot of media attention at ASCO for its BCMA therapy which also showed encouraging complete response rates in patients with multiple myeloma in an early trial. In that trial, 14 of 19 patients had a complete response, but BMO Capital Markets analyst Matthew Luchini noted in a June 5 research note that the patients were less heavily pre-treated than those in the bluebird trial (a median three lines of therapy versus seven).

"While we expect bb2121 uptake to be rapid given the severity of the population, our estimates leave plenty of room for emerging competition," he said.

Despite the substantial manufacturing challenges around CAR-T and some serious safety setbacks, including deaths, the therapy area continues to push forward. Novartis has recently begun to talk more enthusiastically about the commercial prospects for its CTL019, pending at FDA for pediatric acute lymphoblastic leukemia. (Also see "Novartis' CAR-T CTL019 Back On The Blockbuster Hit List" - Scrip, 1 Jun, 2017.)

China In 2018: Watch Out For AI, CAR-T And Biotech Unicorns

Novartis' CAR-T CTL019 Back On The Blockbuster Hit List

BLA Accepted: Novartis Inches Ahead In CAR-T Race With Kite

The Bang For Celgene’s Buck: Looking Inside The Record-Setting Juno Deal