2016 was a banner year for innovative pharma firms in China, in which startups like BeiGene and Betta successfully gained public listings, while others including Ascentage and Innovent Bio bagged major new funding. So what are seasoned executives and investors now looking for in the next wave of innovators and what are the risk factors? 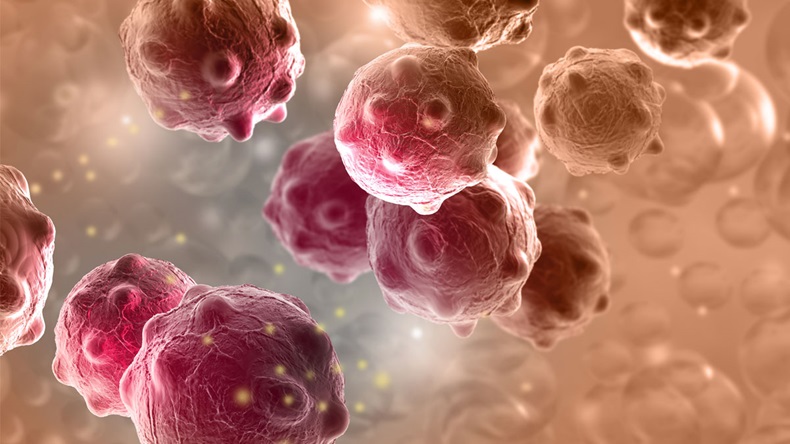 The policy message is clear. Innovation is the new key word for the pharma industry in China, according to industry experts and investors at a recent healthcare investment forum in the country.

“In 2016, innovation essentially became the core competitive advantage for the China drug-making sector,” declared Helen Chui, managing director of the SDIC Fund and former president of the Novartis AG group in China.

From biosimilars to immuno-oncology antibodies, China’s new startups are rapidly playing catch-up to seize some of the hottest R&D opportunities. Despite a general lack of ability to develop global first-in-class drugs, they are showing that a “quick follower” model can be just as effective, Chui emphasized during the discussion forum, held Jan.17 in Beijing.

BeiGene has been a frontrunner in developing biologics whose mechanisms have already been proven outside China. The biotech listed on the US Nasdaq market in early 2016, and during the year obtained three China FDA regulatory approvals to start clinical trials for its PARP inhibitor and PD-1 checkpoint inhibitor in cancer, the incidence of which is rapidly rising in China.

Innovent Biologics Inc., another innovation darling, has developed a pipeline of both biosimilars to some of best-selling biologics in the world and immuno-oncology assets. Also in 2016, the Suzhou-based company bagged four regulatory approvals from the CFDA for its products, one of them a biosimilar to Roche’s largest-selling cancer drug Avastin (bevacizumab).

Meanwhile, Taizhou, Jiangsu-based Ascentage Pharma Group Corp. Ltd., with a pipeline centered on oncology, has also secured both regulatory approvals and cash inflow. The company has received IND approval for APG-1252, a Bcl-2/Bcl-XL inhibitor for small-cell lung cancer, from both the US FDA and CFDA.

The good progress with such ventures’ regulatory approvals has greatly bolstered investors’ confidence in China’s domestic biotech sector as a whole. In November, Innovent obtained CNY1.7bn in a Series D financing, the single largest funding in the sector, led by investors including SDIC, Smilestone Fund, and the China Life Health Fund. Previous investors Legend Capital, Temasek, Hillhouse Captial also joined the round.

As for SDIC, with CNY50bn ($7.27bn) under management it is one of the largest private equity funds in China, and “possesses a unique capability to communicate with all levels of the government, and has a team to seize the right opportunities amid a complex market environment,” it states on its website. During 2016, it invested hundreds of millions of dollars into Chinese domestic biotechs including Innovent and Ascentage.

Despite high risks and uncertainties, the rapid emergence in China of other technologies including gene-editing for cancer treatment and personalized CAR-T therapies for hematologic malignancies are also now attracting investors’ attention in the country.

Meanwhile, this January, US-based CAR-T frontrunner Kite Pharma Inc. signed a joint venture agreement with Fosun International Ltd. to set up Fosun Pharma Kite Biotechnology Co. Ltd., the goal being to develop and commercialize Kite’s leading therapy, KTE-19, in China, and potentially other pipeline assets. KTE-19 is being filed for US approval.

Now that Kite Pharma Inc.’s first chimeric antigen receptor T cell (CAR-T) therapy axicabtagene ciloleucel (KTE-C19) is being submitted for US FDA approval, Chairman, President and CEO Arie Belldegrun said it is the right time to think about ways to make the company’s technology available in additional markets, like Japan and China where Kite entered into partnership agreements with...

Such deals have fueled further speculation that more hot cash will soon flood the personalized and precision medicine areas in China, although some observers are cautious.

Irene Hong, partner at China E-Capital, told the investment conference that these new technologies may have high uncertainties due to regulatory pathways that are still under development in China.

The CFDA has recently released technical guidelines regarding cell therapies targeted at non-clinical studies of anticancer gene therapies. In the guidelines, the agency cautioned developers to take the regulatory uncertainties into consideration and conduct their R&D accordingly.

But the regulatory approach in China is still developing, and former Novartis executive Chui urged caution over CAR-T in particular in China. The Swiss firm last August dissolved its own CAR-T unit, impacting 120 people.

Other challenges in China could also throw curve balls to investors this year, including a recent tightening of foreign currency outflows and already high valuations for Chinese companies.

A new rule, effective Jan.11, requires any purchases involving foreign currency equivalent to $5m (CNY35m) to be reported to the Beijing State Administration of Foreign Exchange as a “large transaction”, making it subject to reviews from the administration, the People’s Bank of China, and other regulators.

The new regulation will certainly deter large outbound investments and merger and acquisition deals, experts agree, although in practice some may still find workarounds to get things done.

Already high valuations are also another risk factor in the investment climate. The valuation of biosimilars operations, despite domestic makers’ lack of differentiation, has been extremely high. “If you look at their pipelines, they [biosimilars] are largely similar, but the company valuation (price/earnings) is 50 or 60, [compared to 10-20 outside China],” Chui noted at the Beijing meeting.

New drugs, innovation and regulatory issues aside, an emphasis on product quality and market access are expected to fuel money inflow into other sectors including quality generics and third-party service providers, speakers said.

One of the policy catalysts is a mandate to conduct bioequivalence testing. The CFDA has set 2018 as the deadline for 75 selected oral drugs with large clinical use to complete such BE testing.

Given each BE test can cost CNY2m to complete, the requirement is expected to bring in CNY30bn in additional value to contract research organizations providing such services, according to Shawn Shi, managing director of Huagai Capital.

Considered to be inferior in quality to originator drugs, Chinese domestically made generics have traditionally suffered from lower prices and fierce competition. With the BE testing requirement, investors are hoping some leading companies with high quality products will eventually emerge as winners.

Similarly, new formulations are also gaining attention. Specialty drugs with pediatric and elderly indications are being prioritized by the government, as are suspended release, liposome and microsphere presentations, which are considered Class 3 new drugs, ranked higher than Class 5 imported drugs that have been marketed outside China.