Big pharma is poised to dominate deal-making this year while the firepower of specialty pharma to do deals has waned. 2017 could be a record year for M&A, EY predicts in its annual M&A Outlook and Fire Power Report. 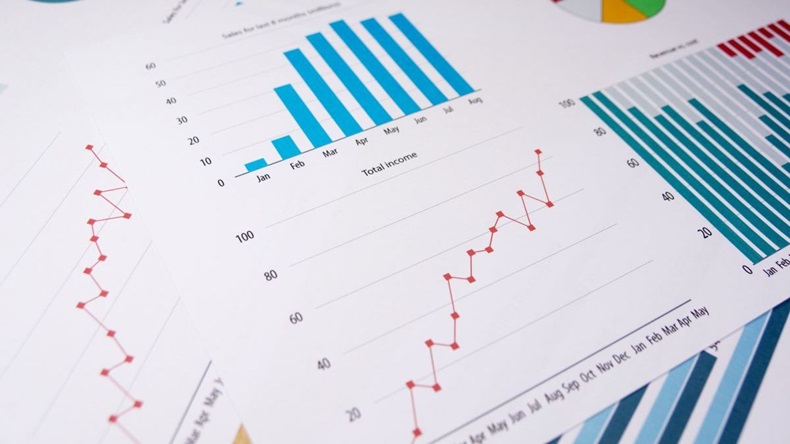 Biopharma M&A is poised to soar in 2017 because pharmaceutical companies are well funded to execute on deals and sorely in need of new growth-drivers to offset growing price pressure. The opportunity for corporate tax reform in the US under a new administration will further heighten the M&A frenzy in 2017, which could be a record year, according to EY’s M&A Outlook and Fire Power Report.

The consulting firm released its annual M&A report Jan. 9, coinciding with the opening of the pharma industry’s largest business meeting of the year, the J.P. Morgan Healthcare Conference in San Francisco.

“Now in possession of nearly 70%, or $600bn, of the total industry firepower, big pharma is in the driver’s seat for acquiring the most desirable M&A targets,” EY said. At the same time, specialty pharma has seen its firepower decline.

“2017, with unprecedented payer pressure, a deal tailwind from macro forces and an unusually full M&A pipeline, is likely to push biopharma deal-making to new heights.” – EY

Specialty pharma – considered one of the biggest drivers of biopharma M&A just two years ago – experienced a 34% decline in valuations on average in 2016. Six of the 10 largest specialty pharma companies have exhausted their firepower for deals, and several are considering divestitures, EY said.

Specialty pharma, led by names like Allergan PLC, Valeant Pharmaceuticals International Inc. and Endo International PLC, dominated M&A headlines from 2013 to 2015, fueled by inversion deals. But the activity began to drop off in late 2015 as debt grew, some valuations fell and the ability of specialty pharma to conduct deals diminished.

Allergan is one specialty pharma name that still has the ability to pursue substantial M&A. It is flush with cash after divesting its generics business to Teva Pharmaceutical Industries Ltd. for $40.5bn last year. (Also see "Teva Gets What It Wants – Allergan Generics, Not Mylan" - Pink Sheet, 3 Aug, 2015.) Valeant, meanwhile, with its buy-and-build business model, ran into an accounting and drug-pricing scandal that devalued its stock by more than 90% and resulted in top leadership changes.

EY’s Global Life Sciences Transaction Advisory Services Leader Jeffrey Green noted, “Even though overall firepower has declined, big pharma’s share is large relative to what it has been in the last several years.”

“When you combine that with increased pressure on prices that are dampening growth, it points to more deals, more inorganic investment in order to generate growth,” Green added.

J&J/Merck Are Well-Positioned For M&A

Mean firepower declined 17% from 2015 across the industry, but most big pharma companies still have large reserves to fund M&A. All things are not equal, however. Bristol-Myers Squibb Co.’s firepower fell in 2015 as its valuation dropped and AbbVie Inc. spent some of its reserves on M&A, EY pointed out. The consulting firm said AstraZeneca PLC and Novartis AG face the combined challenge of needing growth while facing declining firepower.

Other large pharmas like Johnson & Johnson and Merck & Co. Inc., as well as Allergan, are in the unique position of having increased their firepower in 2016, EY said. These companies will have an advantage when it comes to competing for acquisition targets. Indeed, J&J and biotech Actelion Pharmaceuticals Ltd. recently confirmed that they are in merger negotiations. (Also see "Was Sanofi’s Offer One That Actelion Could Refuse? J&J Back At Bargaining Table" - Scrip, 22 Dec, 2016.)

EY predicts that most acquisition targets will be considered bolt-ons, which has been the stated preference of most big pharmas in public comments.

“We will continue to see deals in the $1bn to $10bn range,” Green said. But he also believes there is opportunity for mega-deals.

“Our experience is that the senior management teams of the top 25 companies by and large are always evaluating the others as potential merger partners or acquisition targets,” he said. “They are doing the financial analysis as well as the strategic calculations.”

What is driving the activity? New drug launches have generally been slower out of the gate and payers are pushing back on drug pricing in blockbuster categories like diabetes, cardiovascular disease and respiratory disease. Analysts have downgraded growth expectations for the sector, EY noted. Sell-side analyst projections across leading investment banks show analysts have shaved about $25bn off their 2020 revenue projections, EY said.

Even in categories like oncology, where pharma manufacturers have had strong pricing power, growth is expected to become more challenging, both because of growing competition and payer pushback on pricing. The challenges are pushing pharma to supplement pipelines with assets and could move the industry into higher-risk opportunities, like Alzheimer’s disease, according to the report, as companies compete for the best assets in therapeutic areas where drug sales represent a small portion of total health care spending.

EY said there are already signs of an uptick in deal-making activity. In a poll conducted by the consulting firm in mid-October, 42% of life sciences executives said they had five or more deals in the works as opposed to just 6% in mid-April.

The US political climate could also contribute to a record year for biopharma M&A, EY pointed out, given that deregulation and corporate tax reform are expected to be core themes of a Republican administration. US pharma companies hold billions of cash overseas and are looking forward to the prospect of a tax holiday or broader corporate tax reform under the Donald Trump presidency. (Also see "Pharma Is Ready And Waiting For A Tax Holiday Under Trump" - Pink Sheet, 9 Nov, 2016.)

Comprehensive tax reform could also level the playing field between companies that inverted to redomicile in a country with a lower tax rate versus those that did not, EY said, creating more competitive bidding situations.

It is all coming together to result in what could be one of the most interesting years for biopharma M&A. As EY said, “2017, with unprecedented payer pressure, a deal tailwind from macro forces and an unusually full M&A pipeline is likely to push biopharma dealmaking to new heights.”

Promise Of US Tax Reform Simmers, But On The Backburner

Was Sanofi’s Offer One That Actelion Could Refuse? J&J Back At Bargaining Table

Teva Gets What It Wants – Allergan Generics, Not Mylan

After A Gargantuan Year For Pharma M&A, More To Come In 2015

Aptinyx Appears To Be Moving On From Pain With Fibromyalgia Miss