The world’s generic drug leader has cemented its leadership position for the foreseeable future with the acquisition of Allergan’s generics business. Management outlined how it plans to grow the combined business by taking advantage of its size during an investor briefing. 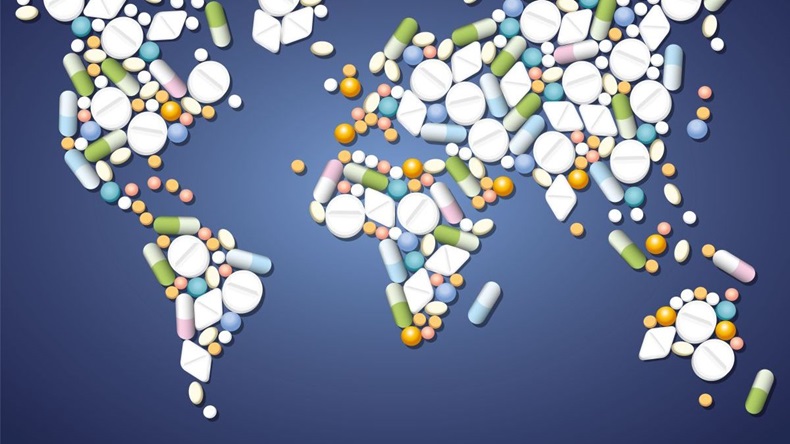 Teva Pharmaceutical Industries Ltd. has gained a substantial lead in the global generic drug market with the $40.5bn acquisition of Allergan PLC’s generic drug business, and now is counting on the size to help sustain its lead and drive growth. The combined company will have a global generic market share of 8% and will be in a position to launch 1,500 products around the world in 2017.

CEO Erez Vigodman, Global Generic Medicines CEO Sigurdur Olafsson and the rest of the newly established management team unveiled the new generics unit to investors during a briefing in New York Sept. 9. The mega-deal was cleared by the Federal Trade Commission July 27 after Teva agreed to divest 79 products, paving the way for the merger of two of the world’s largest generic drug units. (Also see "Teva Embarks On New Phase With FTC Clearance Of Allergan Generics" - Scrip, 27 Jul, 2016.)

Allergan’s generic drug business was formerly the generic drug company Actavis before it bought Allergan and changed its name to the one with more consumer recognition in 2015. Teva also announced Aug. 3 that it will buy Allergan’s Anda Inc., the fourth largest distributor of generic pharmaceuticals in the US, for $500m. Now the integration of the two businesses is benefiting from the fact that Olafsson previously led the Actavis generics business and knows Actavis and Anda well.

Teva has 300 ANDAs pending at FDA, representing innovator sales value of $110bn, and another almost 2,500 regulatory filings around the globe.

The Allergan deal will cement Teva’s leadership position in generic drugs for the foreseeable future. The company’s 8% share of the global market, based on standard units from IMS Health’s 2015 generic segment data, gives the company a significant lead over its rivals.

The new Teva is among the top three generic drug companies in 40 markets around the world. It will generate annual revenues of $14bn to $15bn. It has 300 abbreviated new drug applications (ANDAs) pending at FDA, representing innovator sales value of $110bn, and another almost 2,500 regulatory filings around the globe. In 2017, Teva expects to launch 1,500 products.

“To be top three in a market is so important,” Olafsson told investors. “You have the opportunity of growing the market. You understand it. You attract the best talent. You have the best employees on your team. You really have the opportunity of launching on time. The customers come to you for help. You are available. You have a flexible supply chain. So when we talk about top three position in more than 40 markets, this is one of the key ingredients.”

Size also counts when it comes to defending against price pressure.

In North America, a market that accounts for about half of Teva’s global generics revenue, Teva is the market leader, with a 18% share of the generic drug market in the US. While the US will remain an important market for Teva going forward, Olafsson said Europe and “growth markets” will be the future growth driver of the business.

“This is where more and more opportunities are coming through,” he said, pointing to Eastern Europe, Russia, Japan and Asia.

One-Third Of 300 Pending ANDAs Are First-To-File

The Head of North America Andy Boyer is new to Teva, having led generics sales and marketing for Allergan. He was groomed through the ranks at Actavis and the prior US-based legacy company Watson Pharma Inc., which acquired and merged with Actavis in 2012 and later changed its name to Actavis. (Also see "Watson Becomes Actavis: Name Change To Reflect Greater International Focus" - Pink Sheet, 5 Nov, 2012.) Boyer, who joined Watson in 1998, was appointed to lead the US generics business of the combined company following the 2012 merger.

Half of Teva’s new generics leadership team are from Actavis, while the other half are from Teva (see box).

Fridriksdottir said the combined company will be an R&D powerhouse with the expertise to develop complex formulations like inhaled products, long-acting injectables (LAIs), transdermals and modified-release solid dosage formulations. While Teva was better at developing LAIs and inhaled drugs, Actavis was more experienced developing semi-solids and liquids, transdermals and ointments, she said.

Complex generics are a big focus of the top generic drug companies because of the high barriers to entry for competitors and the potential for less price erosion. Teva, for example, is one of the companies trying to get to market with a generic version of the inhaled asthma blockbuster Advair, with two candidates in development, one from legacy Allergan and one from legacy Teva.

Olafsson also talked about Teva’s strategy in biosimilars and its focus on finding a partner soon to help fill a gap in its pipeline for developing biosimilars that could launch from now until 2021. (Also see "Teva’s 'Key Ingredient' For Growth: Biosimilars" - Scrip, 13 Sep, 2016.) He said Teva has conducted due diligence on 36 potential biosimilar partners.

The combined generics business will have 3,000 employees working in R&D across 26 sites in 20 countries, but Fridriksdottir said there will be some cuts to the complex R&D organization. “At the end of the day, our goal is and our plan is to keep the best of the best, the best people, the best R&D sites and the best locations,” she said.

Olafsson said he believes the generics business will grow 5%, though he acknowledged reaching the goal will require the business to generate double the amount of revenue growth from new products to offset the impact of price erosion, which he expects will be low- to mid-single digits.

No matter how successfully Teva executes on the acquisition of Allergan generics, a lot of the company’s near-term growth prospects rests on the specialty side of the business, namely the fate of the multiple sclerosis blockbuster Copaxone (glatiramer) and how long Teva will be able to maintain exclusivity for the newer 40mg dose of Copaxone.

Some analysts were encouraged by the investor briefing, but acknowledged the risks on the specialty side of the business.

“With investors concerned about generic drug pricing trends and the pipeline of new generic opportunities, we believe management did a commendable job outlining why they are likely better positioned than many of their peers,” Credit Suisse analyst Vamil Divan said in a Sept. 12 note. “Teva’s diverse portfolio of more differentiated product offering (including more complex products) leaves them less exposed to some of the pricing pressures that have been seen in other parts of the generics market.

Generic Manufacturers Try To Up Their Game As US Pressure Persists

Generic Manufacturers Try To Up Their Game As US Pressure Persists