The market for public offerings by biopharma companies is tough, but Corbus Pharmaceuticals, Loxo Oncology and Novavax used three different strategies to raise cash from new and existing shareholders. 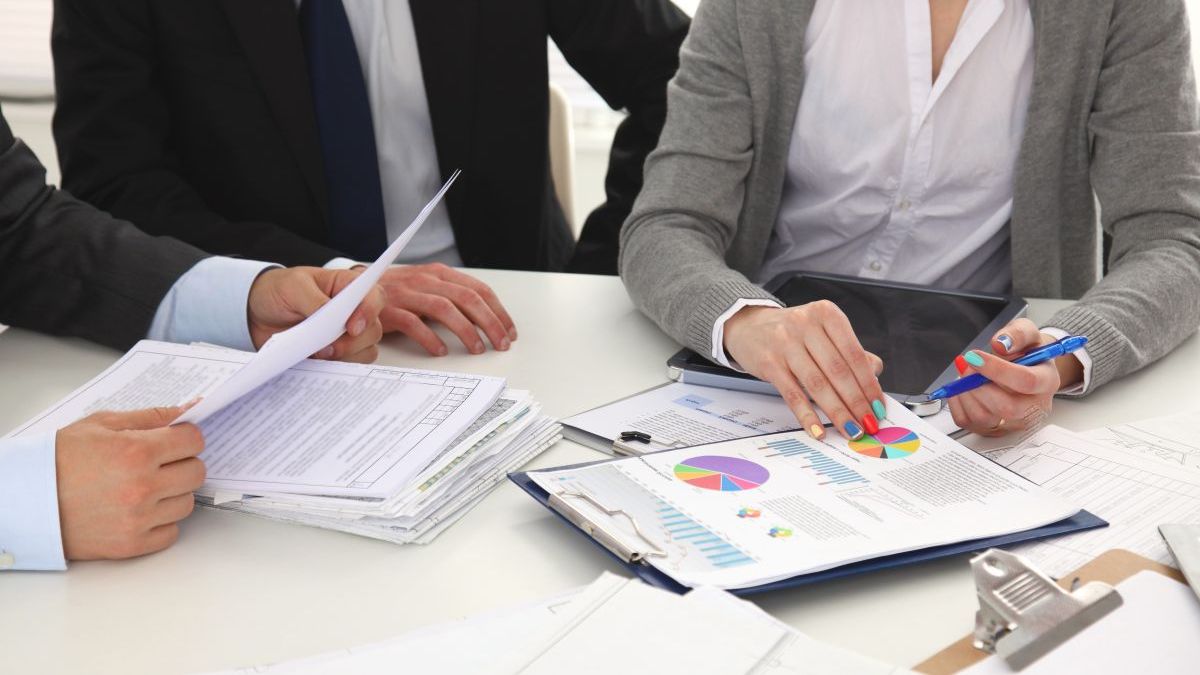 Corbus Pharmaceuticals Holdings Inc., Loxo Oncology Inc. and Novavax Inc. have something in common – something that's become fairly rare for public biopharmaceutical firms: they managed to raise money for research and development after the industry fell out of favor with many investors.

It hasn't been easy to raise capital for R&D, even for biopharma firms that already have access to stock market investors, but some public companies have found ways to sell shares or debt that met their financing needs at terms that attracted investors without decimating their stock values. Corbus executed a registered direct offering (RDO) that grossed $15m in June, Loxo completed a follow-on public offering (FOPO) in May that raised $38.9m in net proceeds, and Novavax garnered $315m from the sale of convertible notes in February.

Corbus, Novavax and Loxo are just three out of 86 biopharma companies that raised cash through non-IPO stock sales in the US between January and June – less than half of the 184 firms that sold stock and debt during the same period in 2015.

In its two years, rare disease-focused Corbus has raised almost $37m from investors and brought in close to $20m in non-dilutive financing. The company has 14 employees now and may have 20 people by the end of 2016, all focused on the development of the oral drug resunab. The synthetic endocannabinoid-mimetic is being tested in Phase II clinical trials to treat cystic fibrosis (CF), systemic sclerosis and dermatomyositis. A fourth Phase II trial is expected to start later this year or early next year in systemic lupus erythematosus (SLE). (Also see " Video Interview: Corbus Sees 2016 As Pivotal Year " - Scrip, 5 Feb, 2016.)

The Cystic Fibrosis Foundation provided $5m for the CF trial – about half of the study's cost – while the systemic sclerosis and SLE programs have grants from the National Institutes of Health (NIH). Otherwise, Corbus launched in April 2014 and has financed its operations with a $10.3m private placement in June 2014, $11.3m from investors cashing in warrants in 2015, and $14.8m from the RDO in June.

The Norwood, Massachusetts-based company sold 5.96m shares for $2.50 each to various institutional and accredited investors in the RDO, which was priced on June 10 at a 15% discount to the prior day's closing stock price of $2.95, but this time there were no warrants attached to the deal. CEO Yuval Cohen told Scrip that the discount was "slightly better than normal" for companies the size of Corbus in 2016.

"There was no investment bank involved. We interacted directly with the four funds," Cohen said. "We negotiated with them and within the space of 48 hours closed the transaction. That saved us about $1m in fees."

Corbus now has about $25m in cash on its balance sheet, which is "more than sufficient for this year and next year," Cohen said. The capital should take the company into early 2018 without having to raise more money. The cash is expected fund Corbus through completion of its ongoing Phase II studies and the launch of subsequent studies in 2017.

"We've only been a public company for a little over a year and our hypothesis from day one was that we should spend a significant amount of time educating the top 25 life science investment funds out there. At investor [and other] conferences, we got in front of them to reinforce that we were hitting our milestones on time. We had to create that credibility," Cohen said. "A few months ago, it all fell into place when one of the funds approached us about an interest to invest. Once we had that, the other funds fell into place within a few hours."

Negotiating the RDO terms was relatively simple, he said. The only thing in question was the price Corbus would ask for its shares, since the company already had a shelf registration statement in place.

"The stock on the next day actually ended in the green; it never traded anywhere near the 15% discount. That translates to the market interpreting this as a quality transaction," Cohen said.

While the market for biopharma stock offerings is much more challenging in 2016 than it was during the past few years, he said good financing opportunities are available for high-quality companies – biopharmas that stay focused on scientific rigor and achieve key milestones on time. (Also see "J.P. Morgan Roundtable: Biotech Executives Expect Capital To Flow Despite Lower Valuations" - Scrip, 24 Jan, 2016.)

Keeping Promises Pays Off For Loxo

Three-year-old Loxo went public at $13 per share two years ago and its stock closed at $25.19 on July 22 as the Stamford, Connecticut-based company benefitted from positive Phase I data in solid tumors that were reported in April for lead drug candidate LOXO-101, a tropomyosin receptor kinase (TRK) inhibitor. (Also see "TABLE: Avalanche outperforms with the week's best IPO" - Scrip, 2 Aug, 2014.)

Loxo completed its second follow-on offering in May, raising net proceeds of $38.9m from the sale of 1.9m shares at $21.50 each – a 4.2% discount versus its most recent stock price at the time.

To date, the company has raised money via two private financings and three public offerings to fund development of selective therapies for genetically-defined cancers.

"We have roughly $180m on our balance sheet as a result of those financings, which gives us runway through the end of 2018," Loxo Founder and CEO Joshua Bilenker told Scrip.

Bilenker noted that "we've been able to raise money when it's clear that LOXO-101 is behaving as it should," meaning that the company has been able to interest stock market investors each time the TRK inhibitor has passed preclinical and early clinical tests.

"As a younger company with a shorter fundraising history, there wasn't a lot of stock out there to buy, so we looked at how to create an opportunity for high-quality investors to buy," the Loxo CEO said in regard to the company's May follow-on offering. "We kept the offering small and we found a way to accommodate certain high-quality new shareholders."

Bilenker said it takes time to build relationships with investors so that they someday seek an opportunity to acquire a stake in a biopharma company. But he and Loxo's Chief Business Officer Jacob Van Naarden were investors before they were biotech executives, so they know how important it is to outline R&D goals and meet them as promised.

"We try and think about what kind of message and communication we would want to have received [as investors] and that shapes our strategy," Bilenker said.

Novavax Chief Financial Officer Buck Phillips said in an interview with Scrip that there were a lot of fundamental reasons why the company sold convertible notes to fund its late-stage respiratory syncytial virus (RSV) vaccine studies rather than raise money in a public or private sale of stock, including the overall decline in biopharma stock values. The iShares Nasdaq Biotechnology (IBB) exchange-traded fund, a key indicator of biotech company values, has fallen 25.6% in the past year.

"It's a lot easier to finance these young companies when there's a bull market going on in biotech. But since mid-August the IBB has rolled over, so we've traded down since August of last year and have started to fight our way back," Phillips said.

With its convertible debt financing, Gaithersburg, Maryland-based Novavax had a strategic reason for raising net proceeds of $315m at the start of 2016: "We wanted to strengthen our balance sheet ahead of discussions with potential ex-US partners for our lead candidate," Phillips said.

And given the decline in biotech stock values, he said, "we didn't want to take the risk of waiting for the market to rebound. We have found it's been better to finance your company when you can."

Novavax was able to sell its notes with a conversion rate that was actually much higher than the price of the company's stock at the time – $5.56 per share. The convertible notes bear a 3.75% interest rate, but investors who bought the notes can convert them to stock at a rate that equals $6.81 per share.

Philips said the conversion rate made the convertible note sale the least dilutive financing option for existing shareholders. If Novavax did a follow-on offering at its Jan. 25 closing stock price, it would've had to sell 56m new shares rather than issue 47m shares under the convertible debt offering.

The company also entered into capped call transactions with certain big banks, which may allow Novavax to further reduce the number of new shares that it must issue as investors convert their notes into stock. With a cap price of $9.73 per share, the capped call transactions allow the company to take advantage of its confidence that its stock price will continue to rise; it closed at $7.35 on July 22.

If investors convert their notes while Novavax shares are trading above the $6.81 conversion rate, but below the $9.73 cap price, the capped call counterparties will buy a certain number of shares in the open market and issue those shares to the investors, reducing the number of new shares that Novavax has to issue to the investors converting their notes to shares. That, in turn, reduces the dilution of existing shareholders' stake in the company.

"One important side note is that it can be a different set of investors that looks at these note investments than the pure equity investors," Phillips said. "As [investor] sentiment [regarding biotech] fell, we were able to take advantage of these convertible note buyers where demand was still pretty strong. It helped us further price the instrument and benefit our company. We got a lot of people buying our notes who would never buy common stock in a biotech company."

In fact, Novavax initially proposed the sale of $200m worth of convertible debt, but settled on a $300m goal due to high demand for the notes.

"The buyers were there, the terms were right, and it allowed us to achieve our goals, and take advantage of the stock market environment at that time," Phillips said.

As a result, Novavax has a strong balance sheet with $493m in cash as of March 31. The capital will support the company's operations through the end of its Phase III RSV vaccine clinical trials in elderly patients and pregnant women – data are expected in the third quarter of this year – and through the submission of a biologic license application (BLA) to the US FDA.

"As we plan for the Phase III data and our operating plan post-Phase III, we're always looking at ways to access capital," Phillips said. "[An ex-US] collaboration would be a great way to bring cash to the company in the form of upfront capital and licensing terms. We could see opportunities where a partner could pick up development and commercial costs going forward. Those can be transformational deals for a company like Novavax."

Half of 2016 Biotech IPOs Positive At Mid-Year; 2015 Success Rate Sours

Novavax Gets Aggressive With Its Respiratory Syncytial Virus Vaccine