10 Things You Want To Know About Alzheimer's Drug Research

May 15 marks the start of Dementia Awareness Week, backed by the Alzheimer's Society. Scrip has compiled a list of 10 facts industry bods interested in the space – and the wider public – might want to know about ongoing drug development for Alzheimer's disease, the leading cause of dementia. 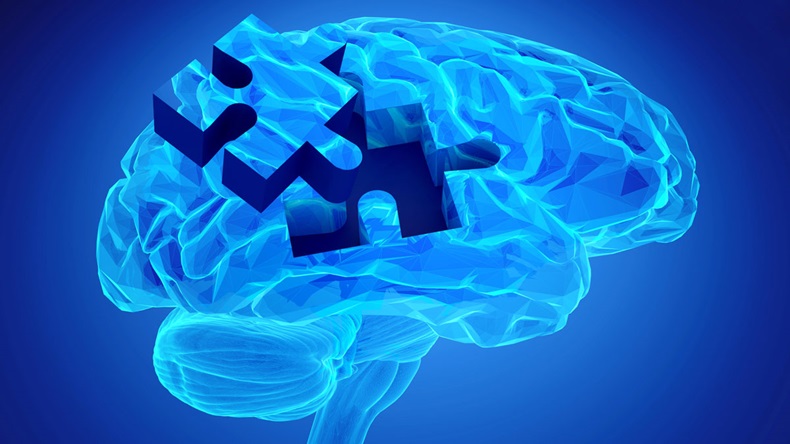 Dementia is caused when the brain is damaged and Alzheimer's disease is the most common cause of dementia – although not all dementia is due to this condition. Other causes of dementia include vascular dementia, fronto-temporal dementia, Creutzfeldt-Jakob disease, dementia with Lewy bodies (DLB), and Korsakoff's syndrome.

The pharmaceutical industry has retained an interest in Alzheimer's R&D for more than 50 years and these top 10 facts provide a quick rundown of the current research landscape, the biggest challenges for drug developers and the expectations for market advances in the near future.

1. No new Alzheimer's therapy has reached the market in the last decade despite the number of candidates in development being at peak level. High hopes are held for Eli Lilly & Co.'s Phase III candidate, solanezumab, to reach the market in 2018. Though the drug targets only a specific patient population, it has been shown to have disease-modifying effects in clinical trials.

2. All of the six key drugs currently approved to treat Alzheimer's symptoms work by increasing the amount of neurotransmitters in the brain, helping nerve cells in the brain to communicate. These approved therapies are: Razadyne (galantamine); Exelon (rivastigmine); Aricept (donepezil); Namenda (memantine); Namzaric (memantine + donepezil); and Cognex, which is no longer widely sold in the US.

3. One of the greatest challenges in the search for effective Alzheimer's treatment is the difficulty in confirming a diagnosis, particularly in the early disease setting. Data from a 2016 Datamonitor Healthcare survey show that on average only 55% of the potential prodromal population (when memory is deteriorating but a person remains functionally independent) are diagnosed compared to 74% of moderate Alzheimer's dementia patients across the US, Japan and five major EU markets.

Alzheimer's Disease: Learning the Lessons Of The Past To Prepare For The Future

Alzheimer's disease is the most common cause of dementia among the elderly, accounting for between 60% and 80% of cases in the US, Japan, and five major EU markets (France, Germany, Italy, Spain, and the UK). Despite decades of heavy investment in research, effective treatments for this cognitive disease are still few and AD has become a graveyard for a lot of promising drugs and billions of R&D dollars.

4. It took over 50 years for researchers to develop the first validated measurement scale for assessing cognitive and functional decline in older adults, from the time Alzheimer's was first recognized as a disease in 1906. This measurement paved the way for scientists looking to correlate the level of measured impairment with estimates of the number of brain lesions and volume of damaged tissue in Alzheimer's patients.

5. The first clinical trial testing a drug for the treatment of Alzheimer's did not come about until 1987. In this year the Alzheimer's Association, the first Alzheimer's dedicated non-profit organization set up in 1980, and Warner-Lambert, a company acquired by pharmaceutical giant Pfizer Inc. in 2000, began recruiting for clinical trial participants to test the first drug specifically targeting Alzheimer's symptoms: Cognex. However, Cognex has since been discontinued by Pfizer and is now only marketed by other firms in a few regions. The drug was removed from the market by Pfizer due to the availability of newer therapeutics which showed greater treatment benefit and more favorable side effect profiles. 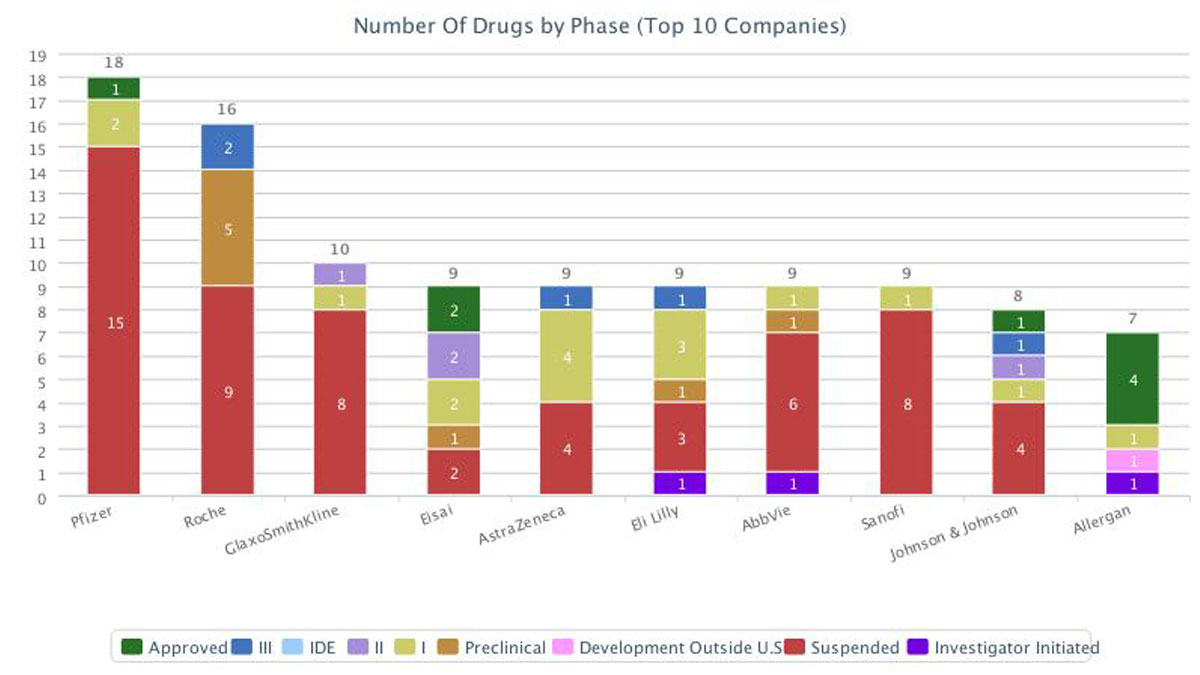 7. According to data from BMT, collected until the end of 2015 for trials being conducted in the US, there are 51 drug candidates in the early stages of development, in Phase I or I/II clinical trials, for the treatment of Alzheimer's disease. There are 43 drugs in Phase II or IIb trials.

8. However, there are only 15 drugs in Phase III clinical studies for the treatment of Alzheimer's disease.

Dementia Awareness Week aims to increase public understanding of dementia and awareness of the Alzheimer's Society – including support offered to patients and carers.

A $63m VC Round Takes E-Scape Into Clinic With Alzheimer's, Parkinson's Drugs